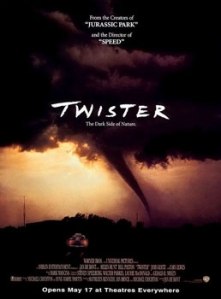 I think it is high time that I discuss ‘guilty pleasures’. Ah yes, we all have them. We all have that film or video game or TV show or whatever the hell it is that we KNOW damn well that it is terrible… And yet we can’t help but enjoy the living hell out of it. The acting is wrong, the setting is wrong, the controls are wrong, just about everything about the thing is wrong, and yet it is still something that whenever you are bored one day you can watch over and over again and never get sick of it. If you enjoy any kind of visual media and if you are reading this I am sure that you do then you have a guilty pleasure and let me assure you that there is absolutely nothing wrong with that. Even the pickiest of people have them and if a person says that they do not… Odds are very likely that they are either ashamed of their guilty pleasure or are so pretentious that they have their head stuck up their ass.

I’ll admit damn well that I have several guilty pleasures. There are several films that I know are trash and yet whenever I see them on TV, whenever I’m going through Netflix, or fishing through my DVD collection to find two hours to kill I’ll always reach for them. The big one that comes to mind for me is the film starring Bill Paxton, Philip Seymour Hoffman, and Helen Hunt Twister. That film on a technical level is complete crap and there is a whole lot of scenes that absolutely rapes the realm of science as we know it. But damn it I have it on DVD and watch it whenever I am bored and I am not ashamed to admit it.

Twister was released in 1996 by Amblin Entertainment (Steven Spielberg’s little arrangement), directed by the living embodiment of the 90’s in director from Jan de Bont, and written and produced by the writer of Jurassic Park, the late Michael Crichton. The film is about a group of storm chasers who drive around the country side staring at tornadoes and attempting to insert one big enema of science straight into the tornado to study it and create a quicker warning system. The film was a commercial success grossing $495 million dollars but was not received well with critics that called the film ‘loud, dumb, and scientifically inaccurate.’ The film was nominated for two Golden Rasberries one for Worst Supporting Actress in Jami Gertz and the other for Wost Screenplay Grossing over $100 Million dollars which they won. The film was nominated for two Academy Awards all be it for Best Sound and Visual Effects.

Needless to say the film is not the most popular among critics, but still looked upon fondly from regular movie goers myself being one of them. So let’s have a look at the pros and cons of this film and see if I can defend one of my most enjoyed films.

Effects are Fun to Watch

This film has phenomenal effects and sound editing. I could sit back and watch the effects of the tornadoes all day long. Hell whenever I was a kid this film got me interested in tornadoes to the point that I would watch documentaries on the Discovery Channel and the History Channel… You know back in the day when the two channels were… Somewhat credible.

The film made me want to learn as much about them as possible and that is because the effects made these tornadoes look real and menacing.

Characters Are Fun and have Good Chemistry

I love the chemistry between the crew that hunts the Tornadoes. Granted I wonder what half of them actually do in Jo’s lab when they are not driving crazy looking vehicles across Oklahoma but they are fun to watch and it is adds a whole lot of fun characters to the film that you really want to interact with and learn more about.

Not to mention I will argue that this is another film that shows why Philip Seymour Hoffman is the talented actor that he is. This is a guy who played Truman Capote, Lancaster Dodd from the Master, and so many other phenomenal films and here he is playing a hippy burn out who lives in a painted school bus. It just shows his depth and how many different characters this guy can portray whether it be an Academy Award winning darling or the supporting character who people are supposed to love and relate to.

All of the characters are fun and likable (Exception being the Elwaes villain and Jami  Gertz’ character.) and each of them seem to share a bond of legit life long friendship.

The whole central plot of the film focuses around something that is NEVER explained. Bill Paxton and Helen Hunt have very good chemistry in this film… Almost too damn good because from the first moment that you see them on set together the entire idea of Bill marrying the Melissa Reeves character is tossed out the window. It is OBVIOUS that Bill and Jo will end up together at the end of the film, they obviously love each other, they obviously have sexual chemistry, and other than a brief scene where they are arguing in the car before a tornado shows up to ruin everyone’s day the reasons for their divorce are not explained. Hell even that scene digs into the fact that Bill could not commit to marriage… So you got a divorce because you could not to commit to something you committed to?

There has to be a reason behind the divorce to make the divorce legit. The reason for them getting divorced… Because the script said they were. There is no sign of infidelity and there is no sign that either of them was really unhappy. They just seemed to be a married couple who got out of the honeymoon phase.

Without substance this plot point holds very little ground because there isn’t a good enough reason for it to be in the film in the first place. If they just would have eliminated the Gertz character and focused on Jo and Bill trying to save their marriage through their shared experience it would have made for a much better film.

This film is slightly repetitive. After the first twister for the complete second act of the film it is nothing but the group of people driving around and watching tornadoes destroy shit with little snipits of exposition dumped in between scenes.

I understand the film is called twister but I feel like a good thirty minutes of time could have been cut from the film if you eliminated a lot of tornado chasing padding the film uses.

Holy crap… Jami Gertz deserved her nomination for Worst Supporting Actress because my God her character is so unbearably annoying every time I watch it I wish to rip her away from the film.

In the film she plays Dr. Melissa Reeves, a ‘reproductive’ therapist that is the fiance of Bill Harding (Bill Paxton). She follows him into the country side while Bill gets Jo to sign the divorce papers so they can get married.

The whole film she talks in an obviously fake and nasal southern accent talking about cocks every few moments on her cell phone to her various clients. Eventually her character just sort of ‘leaves’ the film, enabling Paxton and Hunt’s characters to get back together.

The worst part about this character isn’t even the fact that she is ungodly annoying, though that certainly doesn’t help. It is the fact that her character is pointless to the overall plot. You could have eliminated this woman all together and made the story about Bill and Jo’s failing marriage and how through their storm  chasing learn to restore their marriage. Her and Paxton have NO chemistry whatsoever and is simply written out for the third act as an after thought. This character was not only poor but needless and I do not blame anyone for disliking the movie based on Gertz’ performance.

I understand bending the rules of science and plausibility in order to make a film. Some films absolutely require it (hence science fiction) but when you set your film in this world and give a scientific premise then you have limited yourself to the realms that this world allows and you are not allowed the ‘realm of disbelief’.

In this film the following things happen. In a scene a tornado actually roars! Tornadoes do not roar. There can be brief moments where there is loud wind but they do not roar. In this film the ‘tornado experts’ Bill and Jo get trapped in a ditch and find their best place to hide is hiding underneath an old wooden bridge. You have just about as much protection under that bridge as you have sprinting as far away from the tornado as possible. In fact you have the sad misfortune of possibly being hit with oh let’s say the wood of the bridge, the tractor on top of the bridge, the nails in the bridge… Your mother fucking truck. You have a better chance running for it then you do hunkering down and hoping that a nail doesn’t go through your skull at 80 mph!

But the ultimate moment comes near the end of the film when Bill’s truck is destroyed and Bill and Jo are being literally chased by a F5 tornado. They hide in a shed and tie themselves to a pole. Eventually the shed is ripped apart by the tornado and Bill and Jo find themselves in the eye of the tornado… Yeah you would be dead in seconds. Okay I’ll even give you that those pipes… MAY be able to withstand being in the middle of a tornado. But inside that funnel a blade of grass is going the exact same speed as a fucking bullet. If by some happenstance one doesn’t fly through your eye. Your body will be so ravaged that all that would be left would be a head and some chewed up remains attached to it.

Yes this film is bad. There are MANY moments where the film just says ‘fuck science’ in the name of creating a narrative. Jami Gertz character is pretty unbearable, and the film can get repetitive.

I just spend this whole review throwing out a few good qualities and then tearing the film apart. But STILL this film is so much fun to watch. It has a bit of charm to it that cannot be denied. It knows what it is and seems to revel in the fact that it is loud, flashy, and something that can be viewed multiple times.

Guilty pleasures are something that we all have and the point of this review is to say that if you have a film that most people consider ‘bad’ even if you are a die-hard critic, don’t be a afraid to show it.

That is it. If you enjoyed this please like and subscribe for more and as always if you wish to talk to me just send me a message in the feedback section on my Contact Me page.

Thank you for reading.