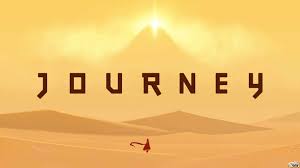 There is a hot topic that is currently going around the world today. It can be found in both nerd circles, critic circles, and just about every point in between. That question is thus: ‘Can video games be called art?’. It is a big question, on the one hand video games at their most base level are animated drawings and images (for the most part). Not to mention that the vast majority of these video games in today’s age tell very intricate cinematic stories. Video games like BioShock, Uncharted, and The Last of Us tell very long and engaging stories just like an extended movie. So in a way, video games not only start out as art by drawing them but also include very dramatic and engaging stories like film, which is also considered art. But on the other hand there are many that would say that no, video games are not art. A lot of them site the more simplistic games like Candy Crush, Tetris, Pac-Man? Are they art? They don’t have a story and the graphics are not that artistic. Not to mention many find the whole concept of a ‘game’ to be art mind-boggling. Not to many people would consider the Monopoly board as art. Why should a video game get that privilege? In many ways, this argument kind of fits a generation gap as the older generation cannot conceive of a video game as ‘art’ while the younger generation sees the work that is put into them and says ‘hold the phone the art in this game is better than half the shit I’ve seen in an art gallery.’

In my personal opinion, I see video games the same way that I see film. Is every film ‘art’? Oh hell no! I’m not about to see films like The Hangover Part III, Jack and Jill, and BioDome as ‘art’. But do I consider movies like Citizen Kane, Spirited Away, and Psycho art? Oh definitely. These are exaggerations to be sure, but the point is that yes, some film can be considered art. Some film is looked at with an ‘artistic eye’. There is even a genre dedicated to ‘artistic films’ more popularly known as ‘Art House Cinema’. But some ‘films’ cannot be considered art because that is not there intent. They are not intending to make an ‘artistic film’ as much as they are trying to make a ‘funny film’, ‘gross out film’, ‘exploitation’ and so forth. I think video games should be seen the same way. Is Leisure Suit Larry art? No, I do not think so. Is Doom art? Even though the graphics changed the face of video games, no I do not think it is art. Do I think The Last of Us is art? Yes! On a cinematic level, The Last of Us is a story on par with some of the best ever told in the history of video games and if it were a film, it would probably be an Academy Award candidate. Do I think BioShock Infinite is art? Yes! The art in that game is so  beautiful that it is on par with some of the best visuals in animation as well as artistic pieces.

I say all of this because of the subject today. Whenever someone brings up the argument, are video games art? Then this game is going to be brought up as one of, if not THE prime example saying Yes, video games are in fact art. As a matter of fact, I might even say that this is one of the first games that could be classified as a ‘artistic purposed game’. Created by That Game Company and published by Sony, Journey is a game that is very simplistic in design but at the same time very breathtaking in presentation. 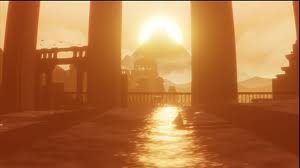 The graphics are just beautiful, breathtaking, and wonderful. Added with the music as well the game itself will just bring you to this state of tranquility that I did not think could even be done by a video game. As your character travels across the sands, you feel like you are moving along with them. When they are flying, you feel a sensation of levitation in your body. Entrancing, I think is an appropriate word to use for how the game plays with emotions. There weren’t any moments where I felt necessarily rushed or in peril, as much as I felt like I was going with the flow and letting the journey take me where I needed to go.

The graphics and the music is what makes this video game amazing and what I feel makes the game a prime example of an artistic game. It is just so entrancing, engaging, and pulls you into this world.

No dialogue is spoken and really no dialogue needs to be spoken. The music and the graphics speak more volumes than any spoken word could ever hope to achieve. It is one of those moments where they just hit that sweet spot and made one hell of a beautiful game.

The Game is Minimalistic and Quiet

Although the big, loud, bombastic, and grandiose games are a ton of fun and I, like many others enjoy the crap out of playing them sometimes it is good to play a very small, very minimalistic game. The overall story is very simple, you just need to get the hooded protagonist from the sands of the desert to the top of a mountain. But still the ‘journey’ itself feels very large and enjoyable, but doesn’t have to be filled to the top with peril and bad guys to face. It is a more quiet game. It let’s the atmosphere build as you travel through this landscape and become entranced by the world around you.

I’ve said it before about Independent Game companies and how they do need to cut corners in some regards in order to get the product out and on the market. But for this game, while I do feel they had to make those cuts, they made all the right moves in all the right places. They didn’t need a game where you have to fight baddies every ten seconds and they didn’t need a game where you learn the vast combinations of buttons in order to create a combo. They made a very simplistic game with very simplistic gameplay and with the combination of both visuals and music created a simple and fun adventure.

It Is a Quick Play

The only nitpick is the game can be finished pretty quick. I took my sweet time playing as I found myself in moments where I would just stop my character and look around at the world around me, but I have seen walk throughs on YouTube that are about two hours long. After playing through so many times will be enough to set it aside and pick it up some time in the distant future when you have a few hours to kill. 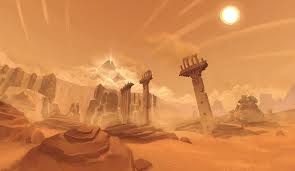 This game is art! The graphics are beautiful, the score is mesmerizing, the gameplay is simplistic yet effective, and just about every aspect of the game is beautiful, minimalistic, and wonderful. Sure the game can be a pretty quick play through and if you are a person who looks for bombastic and loud games, then this might seem a little boring to you. But that definitely takes nothing away from it. It is a wonderful game and at a wonderful value. I urge everyone to pick it up and let That Gaming Company make love to your eyeballs.

Well this one was a little late. Yeah, I have been having computer problems since I got back from West Virginia so this was a little slow to get out. I will return Tuesday with my latest review on a movie from the 1980’s and the era of Cannon, Bloodsport.

Also, People of Roanoke, I will be administering the CUPS Quiz this Tuesday at CUPS Coffee and Tea in Grandin Village. If you live in the Roanoke area, come out, see me, enjoy a cappuccino, and some sporting trivia. Plus for regular comers who might happen to stumble across my site, you should read up on your cinema trivia and video game sidekicks. Who knows, might come in handy on Tuesday. You might even find a few hints in my various reviews… Just saying.