As we come to the end of this road and the last of my Resident Evil retrospective is written, we find ourselves in dire straits. The Resident Evil franchise started out as a juggernaut of video gaming. It and Silent Hill shared the honor of being the two games that jumped into people’s minds when it came to the Survival Horror Genre. It had some bad moments, but really that could be said about the majority of franchises with multiple games in their libraries (yes exceptions do exist, I’m well aware). But man… This franchise hit the top with Resident Evil 4 and have been on a downward spiral ever since. Resident Evil 5, Resident Evil Operation Raccoon City, and Resident Evil 6 have turned the once great franchise into little more than an action packed joke to the world. The franchise that we knew is all but gone and we are left with the tragic aftermath… BUT WAIT! Even in the darkness that we RE fans find ourselves in, there is a shimmer of light in the distance. Granted it is a pretty dull shimmer, but it is light none the less and at this point I think we will take whatever we can get.

Resident Evil Revelations is by no means the survival horror game that we have been hoping for since the franchise took its nose dive into the shit category… But it is the best we can hope for from what we have seen in recent years. Resident Evil: Revelations is a game that was originally released on the Nintendo 3DS in the winter of 2012 and was released on major consoles a year later. The story takes place between Resident Evil 4 and Resident Evil 5 (prequel alert activated) and centers around the newly formed BSAA and our hero regulars Jill and Chris with their new team of rag-tag operatives. Set primarily in Europe and the Mediterranean Sea, Jill and her partner Parker are dispatched to find the missing Chris Redfield and his new partner and horribly dressed operative Jessica. They find themselves on board the SS Queen Zenobia where they find (shocker) BOWs created by the horrible t-Abyss Virus. (I’ll give you three guesses where the t-Abyss Virus originated from and the first two don’t count). Chris and Jessica are of course fine as well as the game becomes a strange sort of ‘let’s save each other’ plot point as Chris and Jessica try to save Jill and Parker… And vice versa… Oh yeah and two other random ass guys show up too just to add some more protagonists to this already protagonist ridden game.

There Is a Strong Survival Horror Element

Probably the only Resident Evil game to actually do this since RE 4, this game did take fan outcry seriously and gave the fans what they wanted. This is clearly a survival horror game. The pace is slowed down considerably and there is a heavy emphasis on ammo conservation and a true feeling of terror as the majority of the game is traversed in the very confined corridors of the SS Queen Zenobia. The Ooze is a pretty original and terrifying villain. Not the greatest, but they are okay.

Only problem I will argue for the game is that any casual gamer who knows how to properly customize their weapons can pretty much eliminate a lot of the terror of the game. I know that it is cool to customize your own weapons, but sometimes you do need to limit power in order to make for a terrifying game.

The gameplay itself is a pretty decent callback to the previous games which include dodge mechanics, weapons upgrading, the RE 4 camera angles which can be switched to first person if so desired, and a decent swimming mechanic. Overall gameplay is pretty decent, a few bugs to be sure and the game gets insanely easy if you know how to upgrade your weapons right, but still a pretty good system and a nice toss back to the older games.

The Costumes These People Where Are Hilarious

This is a nitpick… But Jesus, the outfits these characters have is so hilariously stupid they are simply costumes. The two worst culprits of this are easily Rachael Foley and Jessica Sherawat. Foley has her full on cleavage exposed which has absolutely no tactical advantage to it except for blatant fan service and Jessica is just a Victoria Secret model who left her S&M session without changing. Granted the women aren’t the only ones who get exploited. The men look so over encumbered with useless ‘tacticool’ gear that I’m surprised they could even walk. I understand, part of selling a game is selling sex as well. But man when it gets this bad you have to rethink the way you design shit.

We can’t have our cake and eat it too I suppose. The game is still Black Ops Resident Evil to be sure. They are still well-trained super soldier commandos doing what they do in the other games, make no mistake about it. The only difference is that in this one it still has an element of terror and suspense while the others were shot first, shoot second, shoot some more, and then when everyone is dead move on to the next level.

I can get why a RE would want to use these black ops characters. I can understand the appeal. But one of the fun things about survival horror is the fact that the characters are out of their element. In the first one, Jill, Chris, Barry, and so forth were cops yes. But they weren’t ready for anything close to what the Spencer Estate had in store for them. Now, Jill, Chris, and Leon are all highly trained commandos who specialize in fighting these evil creatures. It is shit they have seen before. So what if it is something new? They are still trained to deal with something like it. Sad fact is that as much as I love the characters, characters like Jill Valentine, Chris Redfield, and Leon Kennedy have outgrown the RE universe. They’ve seen it all and if we want a new and terrifying game back… Well we need some fresh meat for the grinder.

Story is Pretty Convoluted and Boring

The real driving force of this game is the survival horror aspect… The story is pretty much shit. It is nothing more than a bunch of rescue missions and trying to fight various evil things in the Mediterranean Sea. It jumps from place to place in between the three two person protagonists with very little rhyme or reason to it and thus makes the game pretty boring. The actual gameplay is good but if you are playing games for the story, this certainly isn’t one for you.

I did give this game a pretty hard time all things considered and my final rating is going to reflect this… But believe me when I say that even though this game isn’t the greatest in the world, it is a game that I hope will be a step in the right direction for Resident Evil and CAPCOM. It is certainly a game that is based around survival horror and for that I have to give it points. It may be a small step, but it can at least be a step forward instead of the leaps backwards the other three recent games have shat out. 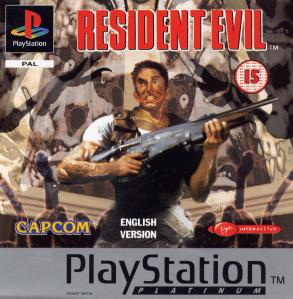 And so it ends. My once favorite video gaming franchise, from 1997-2013. That is sixteen years of gaming… So what is the final verdict of the franchise and where it stands now?

The franchise is very polarizing. For every Resident Evil 4, you have a Resident Evil Survivor to off set it. I would say overall though the franchise leans more into the positive. It wouldn’t have lasted this long if it wasn’t. The franchise has had its shortfalls but overall I can’t take too much away from it.

This franchise is my childhood. It got me into gaming in the first place and it will always have a special place in my heart even as my interests wonder elsewhere.

And with that I officially bring the Resident Evil retrospective to an end. It sure as hell as been fun and soon I will have another retrospective on the way. Until then, thank you for reading and please if you enjoyed this review like and subscribe for more.