Really?… Really?! This is the best that you got? The next generation of consoles comes out, you are in a recession riddled market, and the next wave is released. The XBone (Intentional) has already failed on a massive level before it even hit shelves and the PS4 while doing better is not in good shape… You have a chance to hit the ground running and shell out some amazing games to get the ball rolling and get people interested in console gaming again… And you fucked it up! Playstation 4 and Xbox One have dug their own graves, climbed in their coffins, and are just waiting to be buried at this point. When you release a new console, you need flagship games! You need to get people interested in your product, to buy it! You need to give them incentive! Instead you release a couple of mediocre, bullshit titles, and just wait for people to be gullible enough to buy your product. Sony and Microsoft you are FAILURES ON EVERY CONCEIVABLE LEVEL!

I cannot believe it. I just can’t believe it. When a friend of mine here in Roanoke heard that I was coming in for the Holidays, he, his wife, and their roommate/mutual friend invited me over to their place since they got their early Christmas gifts of an XBox One and Playstation 4. Of course I jumped at the opportunity. It was like Christmas had come early for me. I get to give the next generation a go and see what I think before I gallivant into the night to purchase one for myself. Now they picked up a few original titles and I will get to the other before December is over with. But the one they picked up was Dead Rising 3 for the XBox One.

If you read my 20 Favorite Video Games of All Time, then you know my feelings towards the Dead Rising series. It is one of my favorite zombie franchises. I love the tongue in cheek nature, I love the customization, I love the choice, and it took its place over Resident Evil as my favorite zombie video game. This game has been heralded as the flagship game of the next generation, leading the charge as it charges head first into the future. Then I played it… This is really the best you got? This TERRIBLE GAME is the best that you all have to offer?! I could not believe it! I could not even fathom this. There is no way that this travesty to what was once a fantastic comedy zombie franchise could be the flagship of the next generation. Then come to find out, it is! It really is! It is one of the Best Games to come out on the XBox One or PS4 and that is BY NO MEANS A COMPLIMENT! If this is the best that Microsoft and Sony can do then good lord, I hope console gaming dies and I hope it dies hard. I hope it dies being bludgeoned to death by PC Gaming. I hope its last seconds are in anguish after playing this bullshit!

Dead Rising 3 is the continual story of the world in the wake of the Willamette Disaster. It has been ten years since the events of Dead Rising 2 and basically shit has hit the fan. Zombie outbreaks are happening world-wide and it looks like it is the end of the world as the government cannot stop the infected from spreading. Because God forbid you actually try to stick with your against the grain concept from the last two! People who have been infected and need Zombrex have been implanted with chips that can monitor them. Of course some people do not take too kindly to this and in Tron like fashion are considered ‘off the grid’ and illegals.

The story follows gruff manbody protagonist Nick Ramos as he is trapped in the city of Los Perdidos. After a brief run in with some zombies Nick finds his way to an old diner where he meets up with his former boss Rhonda, an illegal named Annie, a truck driver named Dick, and two characters who are obviously going to die. After a while the two people who are obviously going to die, obviously die and Annie runs off into the night after an argument with Rhonda. Rhonda, Dick, and Nick make it to Rhonda’s old garage. There they learn that if they do not escape the city soon then it will be fire bombed by the government. The story then follows Nick as he traverses Los Perdidos, saves survivors, fights colorful psychopaths based off the seven deadly sins, and deals with the conspiracies that always come with a Dead Rising game, and meet some old familiar faces in Isabella Keyes and Chuck Greene.

The Customization and Remnants of Goofiness are Still There… Sort of

At least I can take the joy that there are some parts of this game that feel like a Dead Rising game. You can still create new, bizarre, hilarious, and lethal weapons such as paddle saws, spiked bats, gigantic electric Blanca masks, and so forth. Granted, there is a new system that sort of plays ‘meh whatever you find will do’ with the customization but at least it is still there. You can also customize Nick as well and put him in goofy outfits with goofy hair styles. So at least there is that as well. Not to mention, psychopaths are just as crazy and cooky as ever with some being flat-out hilarious. So some of the classics of what makes a Dead Rising game memorable are still there.

But this all seems out-of-place in this game. The elements are still there, yes. But in Dead Rising and Dead Rising 2 the atmosphere of the game lent itself to a goofy feel where you could dress up in funny outfits and beat people with ludicrous weapons. The first game takes part in a parody of malls like the Mall of America and has colorful atmosphere and cheeky settings. There is a roller coaster and the imagery is really colorful. Dead Rising 2 takes place in a spoof of Vegas! Complete with Siegfried and Roy parodies, casinos, adult shops, colorful characters, insane baddies, and just all around adult play land where you can run wild and do all kinds of cool and wacky things all while playing the classic straight man whom you can put in a dress. But Los Perdidos is a completely different setting. It is a desolated wasteland that looks like it is the bad result of a horrible war or… Well a zombie outbreak. The mood is somber and in this case the literal world around you is dying. I cannot gain the same joy of hacking zombies to death with a weapon made out of a paddle, a lawn mower, and a cardboard cut out of David Hasselhoff all while wearing a Cosby sweater while having the tone of the game in line with something from the Walking Dead or a George A Romero movie.

It is Just Another Generic Zombie Game

Yep. All pretense has been put aside. Almost everything that made Dead Rising original has been scrapped and has now been turned into a Walking Dead clone. I used to love Dead Rising because it seemed to be that one game that didn’t take itself seriously. I liked the Walking Dead for serious zombie genre and I liked Dead Rising for goofy fun hijinks and I’m not one to mix business with pleasure. Dead Rising had an identity to it, a very unique identity. It was the goofy zombie game. You got to play this real Man’s man Gruff Manbody character who you could put in goofy outfits, watch him act like a tough guy while wearing a lego helmut and then go kill zombies with a flamethrower made out of gasoline and a water gun. It was the ultimate zombie playtime experience.

Sure as I said earlier, those elements are still there. But if you play this completely straight then there is nothing that sets it apart from any other zombie survival game other than the villains are a little more colorful. Even if you played the previous two games completely straight, their was still a hint of comedy to the game. There was still a tongue in cheek atmosphere even if you played Frank West and Chuck Greene as the tough guys that they were presented as. This game doesn’t have that. It has all the makings of a Resident Evil game or Walking Dead.

They had a unique gem on their hands and they ruined it. They ruined it to appeal to more gamers who are swept up by the Walking Dead craze that is happening right now. Instead of sticking with what they did best, they changed their product to fit what a chart on consumers said and in my opinion it failed. It failed horrifically. Sure they are getting decent reviews now and sure they might be getting sales. But I guarantee as the years move on, this game will be sold for $4.99 just to get someones interest and be remembered as the black sheep that killed what was once a great franchise. 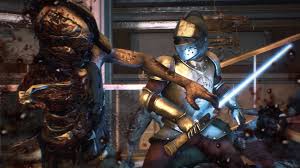 I know this is a sandbox setting and it normally doesn’t lend itself to graphics. But seeing as how this is on the XBox One. What is supposed to be the next generation of games, what is supposed to be the cutting edge of graphics, I expect more! I expect my mind to be blown the same way it did when I played BioShock Infinite. I expect the XBox One and PS4’s graphics to be significantly better and cleaner then what it was before.

What I got from this feels like it is one of the early XBox 360 titles. Some scenes are poorly rendered and the characters feel blurred and blocky from time to time. By the standards of the previous gaming systems I would say that the graphics are just fine. But seeing as how they are now on the next generation, I expected much more!

The sad thing is that this game really is one of, if not the best out of the recent line up of games to be released to the PS4/XBox One that had not been previously released on the PS3/360. It really is one of the best and that is by no means a compliment. This disappointed me on so many levels. It disappointed me as a Dead Rising fan who watched as his beloved comedy zombie game was turned into another zombie apocalypse clone, I was disappointed as a critic who had to sit through a sub par zombie survival game with lousy graphics, and I was disappointed as a gamer who can only see failure in the history for the gaming franchise. For the first time, I am truly disappointed at gaming in general for shelling out these turds for mass consumption.

Well Happy Holidays everyone! That was a bit of a downer I know and I’m sorry. But I sincerely hope you enjoy your Holidays and Merry Christmas, Happy Yule, Happy Hanukkah, Happy Kwanzaa, Happy Atheist Day, Happy New Year, Merry Festivus, and Happy anything else I may have missed.