Well… My camera has finally died. It has been a long time coming and I have been seeing the writing on the wall for a while. But I was hoping it would hold out until I could afford a new one… But I suppose not. For the time being it looks like I am going to have to be a web cam hero until I can get the money to replace it. But either way, the footage I got for the Nerdiest Talk Show on Earth is pretty much unusable. So… I got to come up with something for the Thursday slot quick. So why not make a list? They are pretty easy to get finished and they are entertaining. Also, it gives me another chance to get nostalgic. So let’s talk about the 90’s. The 90’s was the time that I got to be a kid. Being born in 1989, I pretty much got to experience the full force of what it means to be a ’90’s kid.’ I will admit I had an awesome childhood, so I might be biased. But in retrospect, I honestly believe that the 1990’s was one of the best times to be a child.

Now please do not get me wrong, I am not saying that by comparison being a child in any other decade automatically sucked. Not at all. I’m just saying that it seemed that a lot of the 90’s was geared toward kids, particularly in marketing and new products. But I am getting ahead of myself. Let’s let the list speak for itself.

5. Junk Food Companies Began Pushing the Limits of What They Could Do

Growing up in the 90’s did absolutely nothing good for your health. While the 80’s were the time to lure children in with well placed advertisements for Saturday Morning Cartoons, the 90’s was a time that they needed amp everything up and make it EXTREME or ALTERNATIVE. (Those two words cannot be said without the 90’s coming to mind). Just give the internet a look every now and again for discontinued food and soft drinks; Lunchables, Surge, Butterfinger BB’s, French Toast Crunch, Dunkaroos, Wonder Balls, Orbitz which is basically the late 90’s in a bottle, Ecto Cooler,  and of course the infamous Crystal Pepsi

This is one that I was a little hesitant about since this whole junk food craze really started in the late 80’s and kept going straight into the early 2000’s and some can argue that this always has and always will be the way of things. But I do justify it by saying that during the 90’s was really the time a lot of these companies were experimenting with things that could work and things that couldn’t, reacting to the generation in some very strange and bizarre ways which some worked and some didn’t.

Well okay… It isn’t just ‘anime’ per say. But really the mass flooding of Japanese culture into the western countries. It just so happened that this mass wave was primarily anime and as a result propelled Japanese culture further into the west. But it wasn’t until the 90’s that it got thrust into mainstream media, especially with Cartoon Network’s anime block Toonami. This introduced many young viewers (including myself) to the joys of television shows like Dragonball Z, Sailor Moon, and so forth. Hell I remember whenever I was younger and my friend Brad would tell me about how they were fighting at a day care his parents sent him to with the girls demanding that they watched Sailor Moon and the boys wanting to watch Dragonball Z. Of course this was the time when 8 year olds would be 8 year olds and it would take us many years before we realized we were all just obsessed otaku (redundancy, but screw it).

If you ask many of the anime fans that you meet at conventions or are friends with. Many of them will state that the best time to be an otaku was the mid to late 90’s as it was coming in to the west in full force and leaving the strange realms of underground that we found it in.

3. The Golden Age of Nickelodeon and Cartoon Network 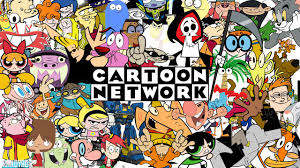 Remember back in the day when cartoons were almost exclusively reserved to Saturday mornings and most of television was devoid of a lot of children’s entertainment besides the Disney Channel? Well I sure as hell don’t, but I hear about that time from people who grew up during it. Nickelodeon and Cartoon Network were really the first two stations that created a for children network and the line up from both of them was absolutely phenomenal. Not only were they less hampered by FCC regulations thus shows like Rocko’s Modern Like and Ren and Stimpy could actually exist. Fun fact Ren and Stimpy did later return to the air with a TV MA rating a few years after cancellation. Funny how the world changes.

But beyond that, this really was a time when creators pushed the limits and made amazing kids animated shows. This was the era for Nickelodeons animated series that included the likes of Rugrats, Hey Arnold, and Doug while Cartoon Network had the likes of Samurai Jack, The Powerpuff Girls, Ed, Edd, and Eddy, Johnny Bravo, and of course the aforementioned Toonami.

Not to mention Nickelodeon also produced tons of live action shows. All That! is now said to be one of the best skit comedy shows out there and was a mini version of Saturday Night Live! that later lead to the careers of Keenan Thompson, Gabriel Iglaseus, and Amanda Bynes. We can also mention about Are You Afraid of the Dark?, another underrated show for its time.

I can go on forever talking about these line ups in greater detail. But what it really boils down to is this; it was around this time that Nickelodeon, Cartoon Network, and by extensions the continuing success of Disney that kids had a channel that they could watch and enjoy. This was a time when the FCC was a little bit more ‘relaxed’ about what was and what was not suitable for children, so these networks could really explore what they could and couldn’t get away with. Because of this, not only were the shows able to explore more of life but also provide the adults watching with some more ‘adult humor’ that would completely fly past the kids heads which of course would all come crashing down after the whole Super Bowl incident and what we could deem as suitable and unsuitable for children.

Beauty and the Beast (1991), Aladdin (1992), The Lion King (1994), The Hunchback of Notre Dame (1996), and Mulan (1998)… Do I really need to say more? Sure it all got started by The Little Mermaid that was released in 1989, but that line up in a seven year time span sums up not only the children of the 90’s childhoods, but the childhoods of children of future generations. This was a time when Disney not only hit the mark… But hit the mark so hard that is destroyed the target for any other animation studio until DreamWorks Animation arrived in full force in 1998 with The Prince of Egypt and carried on into the 2000’s.

This was the time that it felt like Disney could do no wrong. Whenever you factor in the other Disney movies that were created in this time that were not as popular as the other 6 like Pocahontas, Hercules, Rescuers Down Under, and Tarzan. Out of those four the only one that receives any type of significant bad reviews is Pocahontas which currently holds a 56% on Rotten Tomatoes. Think about that for a second… You release ten movies in the 90’s… and the absolute worst of those ten movies is still considered to be decent by the standards of most critics… You have hit gold.

I was born in 89, growing up when my family didn’t have a lot of funds starting out I had three movies I could watch All Dogs Go to Heaven, Toy Soldiers, and The Little Mermaid. The first movie I ever saw in theaters was Aladdin. Out of all ten of these movies, I believe there is only three that I did not see in theaters and that was because two of them I was too young to even comprehend what a moving picture was… And I’m not the only one. We are just now starting to appreciate the fact that these movies were released to us throughout our childhoods and that we can now share them with our children and get to see the wonder that they experienced as well. Other generations had their own share of animated movies to be sure, some bad, and some good. But there hasn’t been one that can compete with the line up that was provided in the 90’s by the company that makes childhoods, Disney.

1. We Got to Avoid the Cynicism

There are many words that can be used to describe the 90’s, extreme, alternative, grunge, the list can go on just like any other decade. But one thing that seemed to be synonymous with the 90’s ever since Nirvana’s Smells Like Teen Spirit tore a whole in the fabric of society was the fact that everyone just seemed to become cynical assholes. You can see it in movies and in television that this generation of youth and even by extension adults seemed to throw their middle fingers into the air and said ‘Fuck you! That’s why!’

Youth everywhere seemed to want to tell the establishment to suck a railroad spike in the most new and creative ways and the philosophical slacker became the staple of coolness. Movies like Scream could be attributed to this as the people of the 90’s looked at the horror movies of the 80’s and said ‘Let’s make a horror movie that is better by knowingly poking fun at a trend because we can. The same thing was done with what is in my opinion the most 90’s movie I have ever seen The Faculty, which is by all accounts Invasion of the Body Snatchers but made 90’s. Complete with the stereotypical high schoolers the jock, the cool philosophical slacker, the nerd, the cheerleader who falls in love with the nerd for the sake of irony, and the grungy chick.

Plus for any other proof of the nineties just play Grand Theft Auto: San Andreas or give TV shows like Beavis and Butthead and Daria a watch to truly understand what the world was like in case you are part of a younger generation than I or you were still too coked up from the 80’s to remember the 90’s. But the whole point I am trying to make here is that, as kids… We really got to miss all of the cynicism that came with the 90’s. Sure some of us got some experience from it and may have even been little cynical assholes in adorable 8-10 year old form. But around that time we were just kids, watching our cartoons, drinking our soda, and playing with toys. Just like every childhood time we got to experience the joys of 90’s without suffering the backlash that the decade had to offer. Which I suppose could be a plus to any decade for a child, when life is simple and you do not have to worry about the horrors of the world. So yeah… It’s good to be a kid. All the fun of the 90’s and none of the cynicism.

Thank you for reading. I hope you enjoyed this list and please return for more reviews from me. I’ll have a quick little web cam video up in a bit just giving some updates for the site a little later in the week. But beyond that I will be back on Sunday, same as always.