Hello, I’m Shaila Meeker of freeappmaven.com. I typically review apps, but this week I’m continuing one of the many discussions Tanner  and I have had about video games. We have long talks about our favorite games, but I’m not keen to be on camera, so my list is appearing here. I’ve been a gamer for as long as I can remember, starting with the Super Nintendo when I was around 5. After that I progressed to the Playstation and quickly grew to love JRPGS. As much as I enjoy my Playstation, I’m also pretty fond of my PC and it’s growing on me more and more. *gasp* I might even start calling myself a PC gamer. Though, I will never give up my beloved console-only JRPGs; they’re an appropriate exception. I have to agree with Tanner that PC is becoming more of the way to go, especially with the underwhelming releases for the latest console generation. That aside, here are my picks for my favorite games of all time. I don’t consider these the best games to exist, but they all hold a special place for me and several thousand, yes thousand, hours of my life that I’ve spent playing them.

Kingdoms of Amalur is one of the few games that I both despise and love. The developers put so much awesome stuff into this game that you could kill hundreds of hours playing. Unfortunately you would reach the level cap, which is only 40, well before you are done. It destroyed my incentive to play and I put it aside for months before deciding to finally finish it. When I picked it back up, it was just too easy to complete. Without this issue, Kingdoms of Amalur would absolutely make my top ten. The combat system was fantastic. It was like putting a fighting game into an RPG, which made battling so smooth. The environment was gorgeous and the many faction quests were loads of fun. I just wish I could go past level forty. 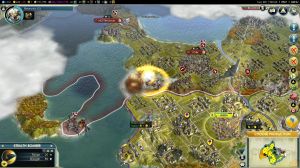 If I ever wake up wondering where my weekend went, it’s because I was playing Civ V. I didn’t expect to like this game, let alone play it for 656 hours. I got it as part of a software bundle and decided to give it a shot, since I had it anyways. At first I was a little confused, because I hadn’t played any of the previous iterations. Ten hours later, I was sucked in. I liked the many options with the game and the great mods that I have found. I can play with all Doctor Who civilizations if I really want. Awesome stuff. While this clearly has hours of playability, I don’t think of it quite as fondly as some of the others, so it is only number 10.

This was my first experience with a JRPG and I didn’t even realize it at the time. I played it because I loved everything Mario. This game was really awesome for its time and can still hold its own against games today. The story is great, the mini-games are tons of fun, and Mario teams up with Bowser and Princess Peach. What more could you ask for? It’s one of the few Mario games that doesn’t involve Mario chasing after Princess Peach the entire game, only to find she is in another castle. This game starts off that way, but becomes so much more.

I don’t remember much of October through December and this game is the reason. I got hooked on this game, hard. I was skeptical to play another Final Fantasy game after XIII and XIII-2, even though it is my favorite series, but I couldn’t resist. Fortunately, this game did not disappoint me. I hadn’t played the original, so I don’t know what problems it had before they re-released it. However, the new version is absolutely worth playing. It has just the right amount of nostalgic elements from the Final Fantasy series and the MMO aspect of the game is also done really well. One of the coolest parts of the game is that instead of choosing a class, like most MMOs, you can be every single class and crafter. It’s pretty tough to get bored and the monthly fee is easily worth it.

Before playing this, I didn’t even realize I liked fighting games. One of my friends had it at his house, so I gave it a go. I never looked back. We spent every Saturday night finishing Weaponmaster mode, so we could unlock everything. And for a fighting game, it managed not to feel repetitive. The challenges in this mode have different criteria or obstacles in place for you to win, so you aren’t just mashing buttons. Learning the combos also feels worth it in this game, and you will have a significant advantage against button mashers. It also has my favorite character, Talim, who was removed in the later games.

Square-Enix basically tailor-made this series for my personal enjoyment. Combining Final Fantasy characters and Disney characters into one awesome game, what more could I ask for? Obviously I enjoyed the original as well, but it had some problems with controls that were fixed in KHII that make the latter much more fun. So much fun, in fact, that I beat it once when I got the game and another with my fiancé. The second time we worked to get 100% completion, despite wanting to break the controller a few times. Even after beating it twice, I could still pick it up again today and not get bored. 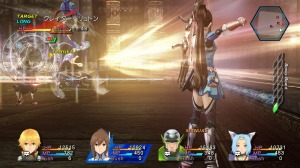 So if you aren’t realizing yet that I am a completionist, then you should now. One of the best and worst parts of this game is that to get all of the trophies, endings, etc. in the game, you have to play it at least three times, on three different difficulty levels. It’s just impossible otherwise. For some this might be daunting, for others it’s probably still daunting. Frustrating or not, I am a bit of a masochist and am working on my second playthrough coupled with eight different tabs open in my browser, so I don’t accidentally say the wrong thing and screw up my perfect ending. Yes, this is my idea of fun. I adored the story the first time through and even though I know what the surprise ending will be, I’m still enjoying it for a second.

Don’t laugh, this really is my number four. At some point after buying all of the games (1-3) and all of the expansions, I realized this game should make this list. It’s not the kind of game that hooks me in the way the others have. This is the game I play when I’m tired of all the others and feel like relaxing or procrastinating. It’s like visiting an old friend that never lets you down. I usually end up spending two hours downloading mods before I start playing. It’s like getting to download an entirely new wardrobe… for free. Then I start playing and get hooked in again. I tend to forget about this game most of the time, but as soon as I remember it’s taking up 20 or so GBs of my hard drive, I just can’t resist wasting a few hours. As the title suggests, TS3 is my favorite of the series. This is only because it has so much stuff that I would miss being able to do if I went back to the first or second game. With that said, my favorite expansion has been Makin’ Magic. It is definitely the most fun I have had in a Sims game. A close second to this is the Supernatural Expansion for TS3 due to the fact that I can be a fairy, and fairies are awesome.

This is the ultimate childhood nostalgia for me. It is what I bonded over with my dad, who even let me play as Mario. It’s when I learned that as much as I love them, I will always fail at platformers and my many deaths humbled me at an early age. It also taught me that the saying, “If you love something, set it free. If it comes back, it’s yours,” is true. Yoshi came back for me every time and I will always love that dinosaur no matter how many times he runs off the ledge. 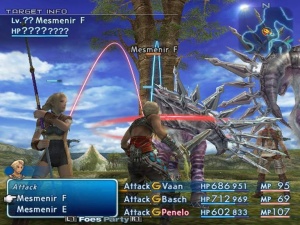 Ok, it’s not my number one; however, if I had to choose a game to play forever, this would probably be it. Stick with me here. It’s not the story that I love, I really didn’t care that much for it. What I enjoyed so much was the battle system, which IMO is the closest to perfect battle system ever created, coupled with the ridiculous amount of tasks to complete. I’ve got around two hundred hours clocked and still haven’t finished everything. I love that there is always something for me to do in this game and I particularly enjoy the environment. Between the hunts, side quests (that you have to discover), secret espers and hidden bosses, and expansive bestiary, I never run out of things to do. Thanks Square-Enix for not making the level cap forty.

This was my first Final Fantasy game and it will always hold a special place in my heart. I really can’t say a bad thing about it, so don’t ask me to. To me, this game is perfect and always will be. I adored everything about the characters (especially my beloved Vivi), the setting, the airships, the chocobos, the moogles, and especially the story. No story in another game will ever come close to this for me, but I’ve accepted this fact. I can’t compare it to another game, or I’ll end up disappointed. I’ve gone back to play this over and over again and every single time, I enjoy it just as much as the first. If you think Final Fantasy VII is the best, you are just wrong.