Disclaimer – this list is my opinion and mine alone. Though I would like to think that my hours and hours of watching anime are enough to earn me wisdom over 9000, they are not. I do, however, appreciate you reading this and your comments below and welcome the conversation/discussion. You can find my reviews at ultraotaku.com or find me on twitter @theultraotaku.

Honorable Mention: The Big O
The Big O is about the citizens of Paradigm City, who after a mysterious occurrence forty years before, can’t remember anything before that time. The story follows Roger Smith, the “Negotiator”, and his perils being a fixer for hire.

As one of the first anime series I have ever watched, The Big O is one of those animes that the art style is unique, the story draws you in, and then Big O kicks some ass and you’re hooked. Roger Smith’s character is a combination of Batman and Sherlock. Obscenely rich, but with a level head, cool thinking, and ability to notice the smallest of details to decipher clues. The series was great, but the story throws you about halfway through the series. It gets very existential, and there is a bit of fourth wall breakage at the end. That’s why it doesn’t quite make it.

10. High School DxD
A Recently integrated Kouh Academy has a secret; it’s mostly home to a bunch of demons. Add in Yuma Amano, a young man who cares about nothing more than girls, standard teenage boy/man/old man stuff. Finally, he gets his first date only to be killed at the hands of a fallen angel, and then resurrected as a demon working for the vivacious Rias Gremory, the sister of Satan himself.
Though this series is quite risqué, it pays off in a quality story and badassery. Nothing tells better of a good anime than awesome powers that don’t take six episodes to power up, awkward blood-gushing moments, and story as unique as the world created for it. I will not lie, this series has an excessive amount of nudity, and I mean a LOT. (Ecchi, very Ecchi) However, this series more than “makes” up for that with some of the coolest power moves and complex story lines around. 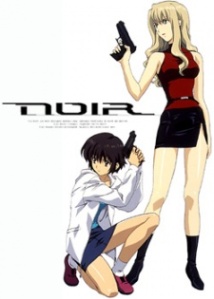 9. Noir
Noir is the code name of a pair of assassin women who have deeply mysterious pasts. Mireille Bouquet, a practiced assassin and the Yuumura Kirika, a Japanese “student” who remembers nothing of her life. She also has a knack for hanging bad guys by their ties.

This is a very unique and highly thought provoking anime. It is old school animation, but the story packs the biggest part of the punch. The duo of girls are just plain cool. I like to watch this one from time to time because of its awesome story, but also because the music is pretty awesome too. This anime will keep you watching as you question, “Hey, who is that?”, “How do they know her?” or “How did they plan THAT?”

8. Guilty Crown
Guilty Crown follows the life of Shu Ouma. He lives in post-apocalyptic Japan after the nation was brought to its knees by the aptly named apocalypse virus. One day Shuma finds himself helping out a girl who is about to be arrested by the “government”. Incidently, she carries a vial of mysterious origins that naturally breaks and activates on Shu, allowing him to pull out sword out of said girl, and suddenly start smacking around Endlaves, or large mechs.

This is the most recent additive to my favorites list. It is dark and beautiful. Great story? Check. Cool powers? Check. Awesome art? Double check. Underwhelming protagonist who has badass moments? Check. This anime is packed with all your favorite anime fixings. There are very few things about this series I don’t like, like when Shu becomes a bit emo for awhile, but eventually realizes his need for badassery and destiny. 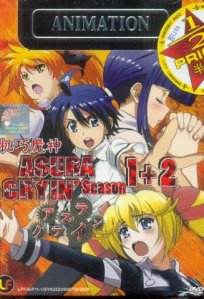 7. Asura Cryin
Asura Cryin is about Natsume Tomoharu, a normal high-school student with one difference; he has a ghost, Misao, as his best friend. Tomoharu lives his “normal life” until he receives a mysterious and locked briefcase from his older brother. It contains a special power that he and Misao are best suited to get, the powerful mech Kurogane.

Who doesn’t like large mech robots beating up demons, each other, and/or people to pave the way for justice? The pace of this anime is quite something when you think of all the characters it has as it starts up. This anime has its moments of hard to follow, but if you watch carefully, you will see everything you need to really dig in and enjoy it. It has 2 seasons and ends with one hell of a bang.

6. A Certain Magical Index
A Certain Magical Index is a story of Toma Kamijo and his crazy life in Academic City. Many students in this city are called espers, people with unique psychic powers. Students are graded by their abilities on a scale of 0 to 6, 6 being the best. Toma is a 0. What is his super power? His right hand is what is known as the ”Imagine Breaker”. It can literally cancel out any power thrown at him. Now enter a nun from a magical church who has memorized every forbidden magical grimoire in existence and you have a magnet for awkward comedy and awesome magic/superpower scenes.

Do you like magic? Do you like psychic super powers? Now have both in the same anime.Instant drool A Certain Magical Index is the king of smashing powers and magic into one of the coolest dramas around. My only complaint is that it never finished. It has a spin off that is pretty good too, but this is the story I wished kept going.

5. Gosick
Gosick takes place pre-WWI in the fictional kingdom of Saubure. The story focuses on Kazuya Kujo, a japanese student of St. Marguerite Academy. The Academy is full of mysteries and urban legends, including Victorique. Who never goes to class and never leaves the library.

This anime is quite literally Sherlock in lolita form. Victorique gets bored easily, but has the added hilarity of being so sheltered that she doesn’t know how to deal with anything outside the library she has lived in all her life. Kazuya is a traditional japanese teenager who doesn’t have a clue about girls and is picked on relentlessly by Victorique. Add awkward romance and cool mysteries and you have quite the ensemble. 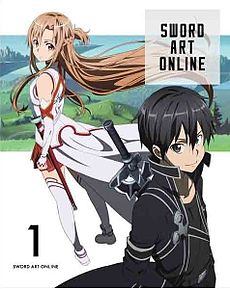 4. Sword Art Online
Sword Art Online (SAO), is about a game of the same name that is the first Virtual Reality-MMORPG. It uses a Nerve Gear to transfer the mind digitally to the realm of Aincrad. The story follows a former beta tester named Kirito and his life in the game. What no one knows though is that the creator of SAO has decided to lock everyone in the world who logged in and you can only leave by death, both in game and in the real world.

This anime is amazing; it’s very .Hack, but adds a more personal spin on the aspects of the game by making it “real” for all of the characters. The art is amazing and the story will keep you all the way to the end, which there is one, thankfully. Kirito’s level of badassness is off the charts. And just when you think it’s over after the first season, it goes on, beautifully. It’s amazing how the series evolves and I hope they continue to produce the anime based on the other story arcs of the light novels. Just go home and watch it. You can thank me later. 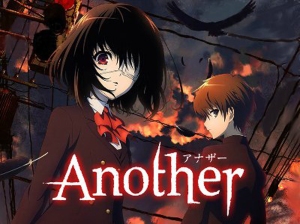 3. Another
The story follows Kōichi Sakakibara, a transfer student to Yomiyama Middle School in class 3-3. Even on his first day he realizes that there is more to this class than meets the eye. He then meets Mei Misaki, a student whom his classmates and teachers “don’t see”. The class is soon caught up in a strange phenomenon in which students and their relatives begin to die in gruesome ways. All knowledge points to the story of “Misaki of 1972”. It’s up to Mei and Kōichi to figure it out before they and their entire class is killed.

This anime is off-the-wall crazy. It is absolutely amazing in it’s minute to minute encounters where a student dies nearly every episode. I watched the entire series in a day, because it was that intense. I am not normally one to like scary or horror animes, but this series was so good I could not put it down. 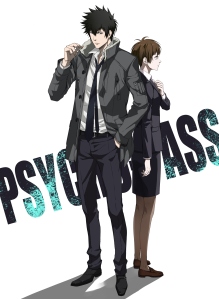 2. Psycho-Pass
Psycho-Pass is set in the year 2113, Japan is isolated and independent of the rest of the world and is “ruled” by the Sibyl System. A computer technology that actively measures a person’s mental state and probability of that person committing crimes. The story focuses on Akane Tsunemori, a brand new Inspector of the Public Safety Bureau’s Criminal Investigation Division. As an Inspector, she hunts criminals alongside a special team of “latent criminals” called Enforcers.

The high level of detail in the world and story in this anime are exponential. It is absolutely amazing and pulls you in. The characters are deep and intricate and the two mentioned don’t even skim the surface of the amazing amount of them that are in it. If you like psychological thrillers, and you haven’t already seen this anime, then no more reading, go watch it right now.

Now that you’ve finished Psycho-Pass, here’s my number one pick. 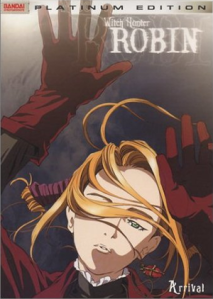 1. Witch Hunter Robin
Witch Hunter Robin is about the life of Robin Sena, a “craft user” who works for a policing organization called the STN-J. Their job is to take on unusual cases and capture witches, who are people with a genetic trait that give them superpowers, and also turn them into homicidal maniacs.

This is another one for me that was nostalgic of my childhood days watching adult swim. I had never seen such a clean animation with interesting powers and intrigue. The mysteries of this anime make it worth the watch alone and combine it with characters you can actually relate to. This anime is challenged by many others on the list, but it will always be my first, as it got me started so many years ago.