So today, we open up the vault to a fascinating little 2012 movie that just recently received a sequel in this year’s lineup. I have to say that when this movie first rolled around, I did not find myself interested. It just didn’t seem like a movie that was geared towards me and I let it slip right by my site. Then, my girlfriend, Kitty, introduced me to the movie recently and since that moment… I have to say that this will be one of the most iconic cult classics of the 2010’s. This is such an excellent movie; it is so relatable, and it knows how to cultivate relationships and comradery with those who watch it. This is the kind of movie that every choir group needs to see. This movie will be shown on high school and college choir trips for decades to come.

The story of Pitch Perfect follows the oddly competitive world of a cappella singing. Two groups from Barden College — the all-female Barden Bellas, and the all-male Barden Treblemakers — find themselves in an intense rivalry, made all the worse due to the previous years mishap in which Bella Aubrey Posen (Anna Camp) throws up on stage. The Bellas go down in infamy and the Treblemakers win another championship, lead by their doofy little leader, Bumper Allen (Adam Devine).

It is the next year, and new student Beca Mitchell (Anna Kendrick) arrives at Barden College, forced by her father, who wishes her to go to college instead of move to Los Angeles to become a music producer. Beca stays at Barden after making a deal with her dad and joins the new Bellas to compete for the championship. Along with a plucky cast of other women, the Bellas set forth on a quest to claim the a cappella gold.

The Coming Out of Anna Kendrick

A small pro, but if there was any movie that gave us Anna Kendrick’s big debut into the mainstream media, it is most certainly Pitch Perfect. Sure, she was in Twilight, but those movies were widely panned by critics, and out of the two series, Pitch Perfect is the movie that will be remembered for all the right reasons. Anna Kendrick has that perfect alternative, cute, adorable, and quirky feel to her that is just made for the big screen starlet. She was perfect in the movie and has used it to carpet launch her career, perfect on all fronts.

It is a Deceptively Deep Story

At face value, Pitch Perfect is a story about a group of women who learn how to work together and become a capella champions. It is a cute story, but that isn’t all that is apart of Pitch Perfect. Beyond the fun, competitive singing story is a story about a woman, Beca, growing up, and finding a place where she is accepted and can grow. At the beginning of the movie, Beca seems to be a girl who is ready to drop everything, and take off to Los Angeles to become a DJ. Her dad forces her to go to school, saying that she will love it, and that she can build a life for herself here. She is apprehensive at first.

But over the next year, she finds a love interest in Jesse (Skyler Astin), finds a group of friends where she belongs, and even becomes a DJ at a local record station. Overall, the story of Beca Mitchell is one of the most well-rounded and feel good stories, hidden in a glitzy competitive singing package. 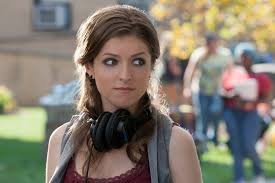 It is an Instant Cult Classic

Pitch Perfect is one of those movies that has a Revenge of the Nerds, Breakfast Club, or Mean Girls kind of feel to it (and I’m not just saying The Breakfast Club because it was featured in the movie). My point is, Pitch Perfect is going to be one of those movies that will be quoted and talked about for years to come. There will be the future equivalent to BuzzFeed posting things on it, there will be countless quizzes on which character you are, and it will always be remembered as a movie that will be tied to someone’s high school or college life.

It has all the characteristics: memorable characters, memorable music, a classic subject, and a bonding that will bring people closer together. Add in a slightly timeless element to it and you have yourself one of the most memorable movies of the 2010’s.

The Antagonist Doesn’t Get His Comeuppance

I do have one complaint about this movie… But it is most certainly a major one. Throughout this entire movie the antagonists of the films, the Treblemakers, are portrayed largely as just a group of guys who like to sing. They just happen to be lead by a douchebag in Bumper Allen. Just before the third act, Bumper gets the news that he is going to sing back up for John Mayer on his next album, thus dumping the Treblemakers, and making room for the talented, yet dorky, friend of Jesse’s, Benji (Ben Platt) to join the group. Due to this, Bumper never loses a competition, AND if everything stands as it is, did go to LA, and worked on John Mayer’s album. So in other words the main antagonist gets everything he wants, gets the satisfaction that the Treblemakers never lost while he was in charge, and never gets any comeuppance or punishment for his deeds.

This is writing 101! The villain gets their comeuppance. That can come in a number of fashions, but if the villain just gets away completely free, the victory at the end of the movie doesn’t have the sweetness that it could have had. The Bellas do win, but they still never beat Bumper who was the only member of the Treblemakers who was a sleazy douchebag. You have to show at least something in the end where he gets fired for being an asshole or anything to show that he doesn’t get everything that he desires by screwing over his friends in the process.

Pitch Perfect is an amazing movie. The music is incredible, the choreography phenomenal, the cinematography compliments the performances, and overall it is just a fun, feel good type of watch. Anna Kendrick is amazing and the movie is just so strong.

With the exception of some weird dialogue choices and the fact that the main antagonist does not get his comeuppance, the movie is close to perfect. I would check it out as soon as possible. And if you are or ever will be in a choir… Then it is a must watch! With that said, I will close the door to the vault until next time!

Thank you for reading and as always, if you enjoyed this review, please like and subscribe for more from me.