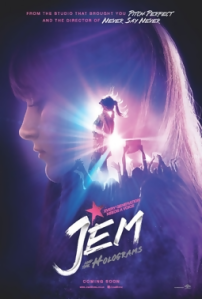 Anyone who was a kid during the mid 80’s and early 90’s will remember the Saturday Morning Cartoons. They were the celebration of every kids day. We all had our favorites: Teenage Mutant Ninja Turtles, He Man, GI Joe: The Great American Hero, and of course my favorite Transformers. I was born at the tail end of the 80’s so most of these TV Shows I watched thanks to some friends of mine who would lend me their VHS tapes. But man, I loved everything about that 80’s animation style and all the coolness that came with it as they tried to sell me shit. I have written copious amounts of reviews and lists in the past about this subject, so I think it is a foregone conclusion on how I feel about these lovely pieces of animated 80’s cheese.

One continued pattern of these TV shows, though, is the fact that they were all geared towards boys. Welcome to the 80’s, when gender roles were still running rampant all over the place! But either way, someone saw all of the merch that these guys were ringing in and said ‘we need something that appeals to girls too!’ So in the consumerist world that we live in, Jem and the Holograms was born!

All things considered, I loved Jem and the Holograms. Out of all of these shows, it was the one that was the most batshit insane… And coming from a pool that includes robots turning cars and mutated turtles that eat pizza THAT is saying something! Jem and the Holograms was basically an All-Girl Rockband who happened to fight crime on the side, you know what you would typically expect out of people like Carley Ray Jepson and Demi Lovato. So when I heard that there would be a live action remake… I thought this was at least going to be batshit insane at the BARE MINIMUM! A bunch of Disney channel actresses who have a cute rock band and just happened to be crime fighters! It is like Batman with stylish sequined acid washed jeans! But no… That is not what this is at all! This is a movie that is about a young girl who becomes YouTube famous and learns about the true meaning of friendship by either going on a solo career or stick with the friends that made her famous… They took such a cool concept AND THEY FUCKED IT UP! I’m not going to be the guy who is sitting here and say that Jem was an amazing classic… But it was at least fun… A lot more fun than this piece of shit! 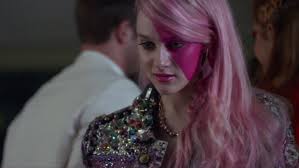 It Was At Least Nice to See Jem Get Some Spotlight

This movie may suck… But at least it gave an obscure, but decent 80’s cartoon some spotlight that it deserves. Due to the similarities in voice work, animation design, and so forth Jem and the Holograms often gets bundled into the Transformers and GI Joe: Great American Hero. Due to the massive popularity of these two shows, Jem typically gets left behind to some extent or compared unfavorably to the two. Which is a little unfair since Jem was a decent show.

So it is nice to see that they at least got a fair shot at a live action remake and in a way, it does capture a little bit of what made the TV show so good. It is most certainly buried underneath the crappy story that they tell… But you can see where the inspiration was and anyone who watched the TV show can take a little bit from that.

So… This movie is over two hours long! It is insufferably long! But… If you cut out all the needless YouTube video segments, you can probably cut this thing down by about 30 minutes to an hour! This movie is CONSTANTLY cutting to YouTube videos! Just over and over again IN FULL VIDEO and it is so fucking annoying! This movie is about 1/3 YouTube. I could give you a list of the videos they watch, go watch it, and just fill in some more padding and you will have the overall theme of what is going on in this film.

This movie could honestly be cut down for a one hour made for TV special and you would not be missing a single thing from the plot or character development.

It is a Generic Made for Disney Channel Original

This movie is a straight to Disney Channel or ABC Family original movie. This has absolutely no business being in theaters. I am not going to sit here and fault these TV show movies, not at all. They are good for what they are. They are fun little family friendly or tween aged middle school fluff that kids can watch and be entertained by. They typically have a list of sub par actors doing an admirable job and they fade away from existence just as soon as they come on so that I never have to see them in my life. 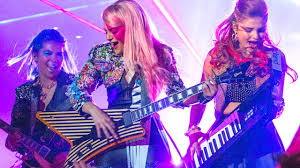 It Isn’t Jem and the Holograms!

I feel very strongly that this movie is a movie that Blumhouse Productions wanted to make about a group of girls in a rock band doing vaguely interesting things and they simply got the Jem and the Holograms franchise rights to bring in some more people. This doesn’t feel like a Jem movie! A movie like this would be loaded with 80’s cheese and could have been a love letter to the cartoonish nature that the entire 80’s took towards life! Instead we have a shitty teenage girl rock group movie with them doing some vaguely out of the average things like breaking into buildings to steal things. You had a chance to at least make a memorable movie and you completely fucked it up for something absolutely generic!

This movie is shit! It is nice to see someone try to give the series a chance and overall this thing could have been passable as a forgettable hour long made for TV movie without the franchise title on it… But the way it is presented, it is overly padded, generic, and has nothing to do with the source material.

This movie stands as just another example of the fact that people just do not get what people want when it comes to rebooting a series like Transformers, Jem, and so forth. We do not want your telling of the story. We do not care about your creative vision. We want something that is true to the source material. Do not try to change it or to put a cool little spin on it, that is just plain stupid and you will continue to piss off the fan base and lose money as a result of it!

Thank you for reading and as always if you enjoyed this review, please like and subscribe for more from me.

2 thoughts on “Tanner Reviews Jem and the Holograms”