A long time ago, I wrote a list of terrible movies made by great directors and after thinking back on it, I never did give the devil his due. There are some terrible directors out there, but just like great directors are not immune from pushing out absolute crap, bad directors can sometimes get lucky every now and again. So with that being said, I am going to make a list to commemorate those terrible directors that got lucky a time or two. This is 5 Good Movies by Terrible Directors! 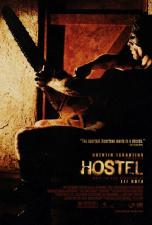 I hate Eli Roth. If there is one person that I can blame for the shitty horror movies of the 2000’s, this guy would certainly be a top contender. His movies are filled with annoying characters, unnecessary gore, terrible plots, and just all around shitty writing and film making… But dammit… Hostel is still a good movie.

Before the market was over saturated, this was something new, and unique. It was something that we hadn’t seen before and there was a strange sense of macabre attached to the movie. But after that… We can pretty much just chuck any sort of talent out the window.

For anyone who has read my posts, you will know my disdain for the Resident Evil franchise. I hate the fact that it is nothing like the games, that the characters from the games take a back seat to Milla Jovovich’s character, and I think that it is a poorly made and poorly handled film franchise. Why they keep getting made is absolutely beyond me. As such, I am not a big fan of Paul W.S. Anderson, the man who has been making these movies. I hate his film direction, I hate his style, and anything with his name on it instantly turns me off… Except for one movie.

Event Horizon is a favorite of mine and, in my opinion, one of the most underrated horror movies of the 1990’s that was overshadowed by the self aware and cynical nature of filmmaking that gave birth to movies like Scream. This movie is stellar, it is paced excellent, the characters are relatable, there is a substantial mystery attached to it. By all accounts, this is a great movie. But, to my annoyance, I have to give credit to the movies director, Paul W.S. Anderson for getting lucky once in the 90’s.

This may be a little early in his career, but after watching The Fantastic Four, I am convinced that this dude just got lucky and called it a day. Chronicle is an adequate movie at best, it isn’t great, it isn’t terrible, it is just kind of there. It is the kind of movie that you watch and say, “Yeah, that sure is a movie.” But it did show some promise in the young director. Enough promise that it got him the job directing the Fantastic Four reboot.

Then… That movie came out and it was just absolutely abysmal. I can see where the man was trying to go and maybe he just isn’t good with preexisting material. But as of right now, I’m convinced that he had one good movie in him and that is the end of it.

If you were to make a list of the worst film makers of all time, then you would find Uwe Boll on the top of the list next to Ed Wood and Tommy Wiseau. He is historically a bad director who has been known to take video games and turn them into unwatchable trite. However, Uwe is the kind of guy who does know how to get creative and I will give him that. So when he made an action movie about the recession, I have to say he at least got my attention.

I am not going to sit here and say that Assault on Wall Street is an underrated masterpiece. It is a decent movie by a typically bad director. It is at least worth one watch and then you can call it a day. 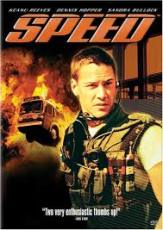 This was one of my favorite movies growing up as a kid and I still love it today. There is just something about one of the guys from Bill and Ted trying to play a hard nosed cop that just tickled my fancy. The movie was the right amount of cheese and action to keep me well entertained from start to finish.

Jan de Bont is one of the best effects guys out there and I will say that for him right now. He has done absolutely amazing work and has well earned the awards that are given to him… However, he probably should not get into the director chair. Besides Speed, which isn’t perfect but still enjoyable, the rest of his movies are on the side of terrible. But he can say that he gave us this classic so my hat is off to him.

One thought on “5 Good Movies From Terrible Directors”