I did promise no more Pokemon Go articles. But I never promised that I would stop writing Pokemon articles in general… Well okay, maybe I did about three years ago when the sheer amount of opinions I got from them somewhat irritated me. But that is beside the point. I thought to myself, why not give this shot another go and why not take a look at the favorite Pokemon of each type?! Doesn’t that sound fun?… Well regardless, I’m ready to deal with all the backlash and variety of differing comments this post will bring. So let’s do this! This is the Most Popular Pokemon of Each type!

Now, to set a few quick ground rules. This list IS NOT about the most powerful Pokemon or the best Pokemon for a given situation. This is about the Pokemon from each type with enough zeitgeist to carry a powerful calling. I will also include a large number of runner ups who came close to taking it but just barely inched it out. Finally, in order to be in the running for a type, the Pokemon must have the “type” as their PRIMARY type. In order to create fairness to all Pokemon, if a Pokemon is listed as Fire/Fighting, they will be judged in the Fire category and NOT in the flying category.

We start off this list with one of the most indescribable badasses of the Pokemon world. Shuckle is one of those Pokemon that a casual fan may not be familiar with. But as I stated in my Top 25 most Iconic Pokemon list, Shuckle can basically shit out rare candies and has the potential to deal more damage in one hit then any other Pokemon in the fucking game. While the bug types may not be a particularly competitive category, it is easy to see why Shuckle easily takes home the gold. 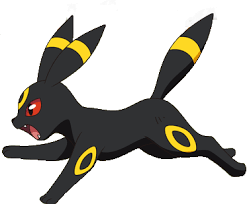 I ultimately tussled with my favorite, Umbreon, and popular shape shifting fox Pokemon, Zorua. At the end of the day, the number of fan art dedicated to Umbreon that was able to just push it forward into the winning slot… Also it did help that Umbreon was my absolute favorite.

Could it be any other? While Goomy and Dratini gave it a contest on cuteness factor, the fact is that Dragonite was the original Dragon Pokemon and remains, arguably, the most popular dragon to this day.

This one wasn’t a contest. It is fucking Pikachu. This is the Pokemon that is the face of the fucking franchise! Tragically all over electric types pale in comparison to Pikachu when it comes to popularity. Hell, even people who do not know or follow Pokemon know who Pikachu is. This one was a no brainer.

This one wasn’t much of a contest. Being the newest of the types and having many of the types retroactively changed to Fairy, there were only two real strong contenders for the fairy type spot, Togepi and Sylveon. Ultimately it was Sylveon who took the top spot due to its love by many internet community members and the fact that Togepi has sort of dropped out of relevancy since they were no longer portrayed on the television show.

Lucario is a perfect storm of a Pokemon. Lucario is a dog, bi-pedal dog, has that right amount of human qualities to get that furry edge going, and is a fighting steel type. Lucario has been one of those Pokemon that has taken the community by storm, so much so that it earned him a spot on Super Smash Bros. joining the ranks of Pikachu, Jigglypuff, and Pokemon Trainer X. 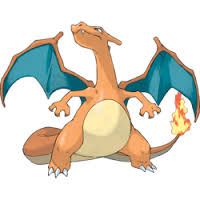 Fire was a challenge. There could be made a case for just about every fire type. It is fucking fire! But ultimately it came down to four and it was everyone’s favorite original three evolution, Charizard. Charizard is fucking amazing. Not only does Charizard look like the most badass dragon in the Pokemon world, it can fly, burn, and is only the size of an average person.

There are no winners when it comes to the flying category. Due, mainly to the fact that flying is a primarily secondary type to other types, it renders this section basically mute point.

Gengar is fucking iconic. The fully evolved form of the original Ghost Pokemon, Gengar is everything you could ask for in a ghost type. Gengar is mysterious, scary, and has that right amount of dark humor that makes them absolutely adorable to boot! So much so that nobody even came close to them.

Close Runners Up: None

While their fully evolved form and Vileplume gave them a run for their money. Bulbasaur was easily able to walk away the victor. One of the original three starter Pokemon and the fact that he was one of Ash’s strongest Pokemon makes Bulbasaur the bread winner of the grass section. 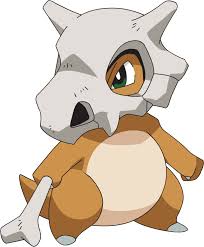 How could you say no to the adorable Cubone? Those poor little creatures who miss their moms. I just want to hug them and take care of them forever. Due to our natural parental instincts, Cubone gets pushed to the top over Diglett and Donphan. 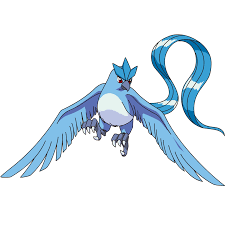 This one was… Surprisingly easy. I guess as far as ice is concerned as a primary, the type is lacking a little bit. Ultimately it came down to a toss up between eeveelution Glaceon and one of the original legendary birds. Ultimately, Articuno’s legendary status won out over the Eeveelution. 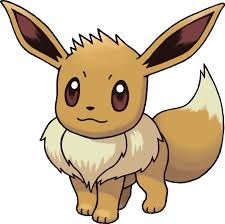 While being in a competitive type that includes the likes of Ditto and Snorlax, Eevee easily takes the cake by being one of the most iconic Pokemon in the game. With the ability to evolve into eight known eeveelutions, the base type Eevee is one of the most popular and sought after in the games.

Poison was a strange case. Ultimately I was debating between Nidoqueen and Nidoking. But then I decided to switch gears altogether and go with Croagunk. A staple of one of Brock’s Pokemon in the later episodes, Croagunk is an adorable frog that can kill you with its poison. What isn’t to love?

Could it be any other besides the all powerful Mewtwo, ones of the strongest in the fucking game?! Back in gen 1, before Dark type was added to counteract psychic types. Psychic types were all powerful and Mewtwo was the king who ruled the fucking roost. While their are many other that compete with Mewtwo, none can top his awesomeness.

How can you deny a Pokemon in a popularity contest that started a fucking cult? You can still here people chanting in the dark corners of the internet, Hail Helix.

This one was a tough one. We have a haunted sword, a legendary golem, and then one of the original steel pokemon, Steelix. But ultimately it is the badass Metagross that wins out in the Steel category. It is a mechanical Pokemon, it is scary as all hell, and it is absolutely badass just as a steel Pokemon should be. 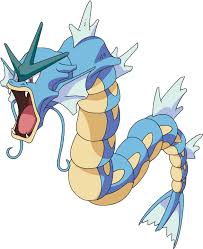 Jesus Christ, it looks like I saved the best for last even when doing this in alphabetical order. With fourteen potential candidates, it took me a LONG time to decide which of the fourteen would take home the prize. Squirtle is one of the original three, Blastoise is Squirtle’s popular fully evolved form. Magikarp is the small guy that turns into a badass. Suicune is probably one of the most popoular legendary anything. Greninja is EXTREMELY popular. Seaking, Mudkip, and Slowpoke are pushed forward by sheer force of meme. But at the end of the day, the number one most popular water type is the gigantic mother fucker, Gyarados.

I can see why it is so popular. Magikarp may be the “nerd ready to blossom into a badass” but Gyarados is the finished product. He is fucking huge and one of the largest and most powerful Pokemon in the entire game. At the end of the day, its badassery and humble beginnings edge out his heavy competition.