So considering the resurgence of Pokemon in my life, I realized that I never did a list of my favorite Pokemon of all time. So why not start today? These are my all time favorite Pokemon!

Now I will stress a few things. First and foremost, this is my own opinion, obviously, and do not have a direct correlation with the greatest Pokemon. If you want that, go check out that post I made about three years ago. Second, my childhood centers around first and second generation Pokemon. As such, this will be first and second generation heavy. Sorry, thems the breaks. With that said, let’s start with some honorable mentions. 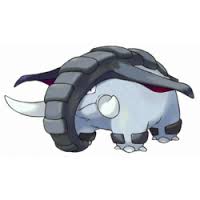 So this might be an odd start to the list, but Donphan will always hold a special place in my heart. When I was a kid and gold and silver had just come out, I was on my way to face the elite four while playing gold and silver, I caught a decently high powered Donphan. That Donphan stayed with me and became one of my most powerful Pokemon in the game, training up to a level 100. I still have it on my original copy that I need to transfer when I actually shell out for a 3DS so I can play the recent Pokemon games. But, I digress. The reason Donphan stuck with me was because it was one of the first Pokemon that I made an actual effort to train. While I was young in blue and red, I typically stuck to the legendary creatures, my Venusaur, and a reasonably strong Haunter and Victribell while spamming powerful moves over and over. Donphan though was one of the first ones that I trained and took meticulous time cultivating with its move set and power rating until it was easily one of my strongest. Because of this, Donphan will always have a special place in my heart. 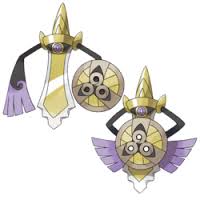 A motherfucking ghost sword. When X and Y came out, I fell in love with this son of a bitch and even thought it is somewhat of a novel Pokemon, my love for it has not diminished over time.

Yeah, it is campy as all hell. Yeah, it is just a floating sword. Yeah, the big gimmick is that its stats change dependent upon which position Aegislash is in. But I still love it even so and it is the reason why Aegislash will always have a place on my Kalos six. 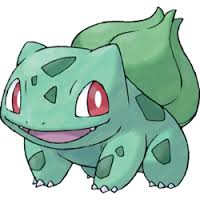 You never forget your first and as such, I will never forget Bulbasaur. While everyone else in the world was seemingly choosing Charmanders, I dared to be different and went with the adorable reptile with a flower on its back. Bulbasaur was my first ever Pokemon and as such will always have a place as one of my favorites. 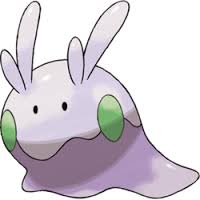 I don’t give a shit what people say, Goomy is the fucking greatest. I don’t know, there is something great about a little cute pile of goo as a dragon type Pokemon. Goomy is one of the cutest Pokemon with the most simplistic designs. Not only that, Goomy eventually evolves into one of the strongest Pokemon of the generation, Goodra. 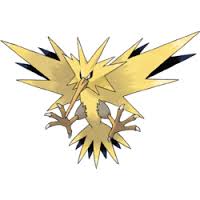 Before generation two came out, Zapdos held the top spot of my favorite Pokemon. It was the trading card that really sold it for me. Granted, over time, Zapdos has lost appeal with the addition of new generations as well as the increased joy of other gen 1 Pokemon, but it still holds a place in the top ten. 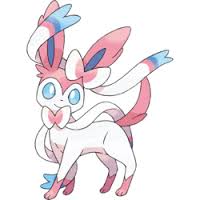 When it comes to Eeveelutions, this one comes in at a close second. When Sylveon came out, I did have to think for just a second about my all time favorite Pokemon. Granted, it was only a second but I still loved it even so.

It was a cool Eeveelution fairy type that evolves out of love. If that doesn’t warm your soul then I don’t know what will. Since Glaceon and Leafeon just didn’t really do much for me, I was happy to see this one as the latest installment in the evolutionary tree. 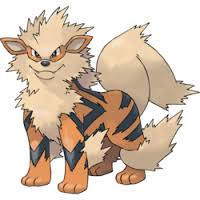 This one is an expected one. When it comes to favorite Pokemon, I doubt there are a lot of people who leave a gigantic cute fire dog off their list. Arcanine is just an all around sweet heart of a Pokemon who can kick major amount of ass. In a strange sort of way, Arcanine and its earlier form Growlithe are the true personification of puppies. They are fiercely loyal, kind, but have a nasty bite if you fuck with them or anyone they love. It is an expected entrant, but still one of my all time favorites. 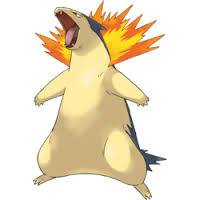 The Cyndaquil line is my all time favorite starter Pokemon line in any version or capacity, with Typhlosion being my favorite fully evolved form. I think it goes without saying that I absolutely adored gold and silver as well as heartgold and soul silver for being my favorite version of the Pokemon games.

Every time I played, Cyndaquil would always win over Totodile and Chikorita meaning that Typhlosion has always been a constant companion for me through my games. 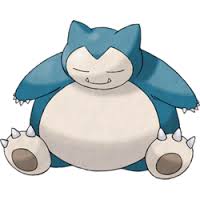 This is a Pokemon that has grown on me over the years. While there may have been times where other Pokemon were more loved over it, Snorlax has always been a favorite of mine and it only keeps growing as the years go on.

What isn’t to love about Snorlax? It is a gigantic teddy bear that sleeps sixteen hours a day and only wakes up to eat! If there is a Pokemon spirit animal, then Snorlax most certainly is mine. 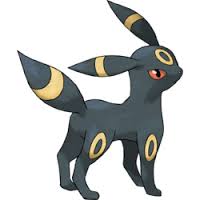 When I decided to make this list, there was no question who was going to be number one. I fell in love with Umbreon the moment I saw the art design. So when gold and silver originally came out, I did everything in my power to make sure that I got an Eevee and evolved it into an Umbreon.

Since the second generation there has not been a Pokemon that has even remotely come close to challenging my Umbreon for the top spot and it remains my favorite Pokemon of all time.

Thank you for reading and as always,