The list continues! We started with the honorable mentions, then moved on from 100-91, 90-81, and now we hit 80-71. If you would like to check out the other parts of this list, please check the links below.

One of the first wrestlers to truly blend the Mexican lucha libre and Japanese martial arts style, Ultimo Dragon became one of the greatest Cruiserweights of all time. Even at the top of his success, he was often competing with other Junior Heavyweights like Jushin Thunder Liger. He may be best known in the states for being one of the Cruiserweight mainstays in WCW

Often considered to be the most underrated wrestler of all time, Rick Rude is actually a person who broke a strange sort of gender barrier for wrestling. Even during the early years, those with an overtly sexual gimmick were reserved for women or to have someone on par with a debonair James Bond like character. Rick Rude has a gimmick that was nothing but pure sex appeal and it came in the part of a male wrestler. Complete with a porn mustache and impressive physique, the story went that Rick Rude was always the guy who was going to steal all the women away and his charisma carried the gimmick to perfection.

Rick Rude is one of those men who should have held the world championship at some point but tragically never got his opportunity in WWE or in the positive days of WCW. A tragic back injury as a result of a horrifically botched spot onto a raised platform ended his career, but people will always remember the gloriousness that was the Ravishing one, Rick Rude.

Prior to the true dawn of the internet, independent wrestling wasn’t as readily available as it is today. Nowadays, I can just watch Ring of Honor, wrestling from all over the world, and just about every promotion under the sun thanks to streaming, YouTube, and subscriptions. But back in the 90’s… Well the best you could do is find those far flung copies of indie wrestling DVDs. They all looked the same, cheesy font with a bunch of wrestlers you didn’t know. Soon you would become introduced to wrestling that wasn’t from WCW or WWE and it was fucking exciting.

Most of these wrestlers remained relatively unknown… Except for Sabu who quickly became the King of the Underground. He was hardcore wrestlers best kept secret. His matches were stellar, he constantly put his body through torment, and all in all he was a true gift to anyone who truly went the extra mile to find wrestling outside of the mainstream norm. Sabu was and is an ECW legend that was the true blend of insanity coming from men like The Sandman and Balls Mahoney as well as the gifted wrestling prowess such as Rob Van Dam, Yoshihiro Tajiri, Taz, and so forth. He was the total ECW package wrapped up in a barbed wire bow.

77. Keiji Mutoh AKA The Great Muta

The now owner of Wrestle-1, The Great Muta might not have been much in the United States. But in Japan, he was considered to be one of the greatest wrestlers, and most traveled wrestlers, of all time. Revolutionizing technical mat based techniques while adding a supernatural macabre persona to his character, The Great Muta made his name in NWA, New Japan Pro Wrestling, All Japan Pro Wrestling, and now in the promotion Wrestle-1 he runs to this day.

Bobo Brazil may be one of the most important wrestlers of all time. Real name Houston Harris (why didn’t they just go with his real name? That is FUCKING AWESOME), Bobo Brazil became one of the first black wrestlers to break the color barrier and, not only compete with white wrestlers, but win against them and be considered an equal to them.

Prior to the breaking down of the racial barrier, the idea of a black man holding a pro wrestling belt was unheard of. Bobo Brazil not only won championship, he even became a two time WWA World Heavyweight Champion which was considered ludicrous at the time by some. Bobo Brazil is a pioneer of his time and helped pave the way for racial equality in the pro wrestling industry.

75 and 74 are two people that I didn’t want to put on the list… But their contributions to pro wrestling cannot be denied and thus they have made their way onto the list. We will start with the less evil and more just a terrible human being. The Fabulous Moolah is credited for having one of the longest title reigns in history. Of course, this isn’t true. She just dominated the division for those decades instead of one long title reign. However, The Fabulous Moolah, during that time, revolutionized women’s wrestling. During those times, women’s wrestling was either “not a thing” or vastly inferior to the men. The Fabulous Moolah changed that and made a name for herself as one of the greatest of all time.

Her career has been tarnished somewhat post mordem once word came out of her sleeping her way into positions of power. Which really isn’t that big of a deal. If you want to give oral for higher standing, who am I to judge, right? However, what Moolah did do as well as that was pimp out wrestlers who worked under her for higher standing, controlled those poor women to the point of domineering obsession, and generally did everything she could to bury other people in order to further her career. While her time in the squared circle cannot be denied as iconic, her life on the outside of the ring was less than stellar. 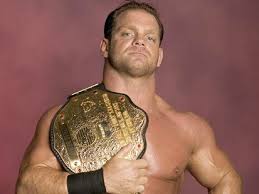 This one is going to be controversial. I do understand what Chris Benoit did as particularly heinous and I do understand those who would rather wipe his memory from the record books. Similar to the fact that OJ Simpson isn’t typically talked about fondly when you bring up all time football greats or whenever someon talks about how great the Naked Gun movies are. But just like Simpson, Benoit does earn a spot on this list for being a man that made his mark on the industry.

Being a wrestler of a smaller persuasion, Chris Benoit along with fellow wrestlers and friends Chavo Guerrero Jr, Eddie Guerrero, Dean Malenko, Chris Jericho, and so forth completely revolutionized the industry. While Shawn Michaels and Bret Hart managed to pave the way for smaller wrestlers, it was Benoit, Jericho, and Eddie Guerrero who made lithe work horse wrestlers a mainstay in the pro wrestling scene. One of the more, now bittersweet, memories was Wrestlemania XX when Guerrero and Benoit celebrated being World Champion and WWE Champion at the same time, thus bringing about a new era in pro wrestling.

Tragically, Benoit was responsible for the murder of his wife Nancy Benoit and their son Daniel, committing suicide after the crime. But even that tragic event paved the way for more regulations placed on pro wrestling to protect wrestlers from concussion based injuries and insuring that the future of wrestling be a safer place for the athletes.

Tragedy would cut Hart’s career short when a freak accident saw the man die after falling from the rafters to the ring. However, his legacy lives on making him one of the all times greats of the business.

Anyone who does not think Paul Wight AKA The Giant AKA The Big Show is one of the greatest wrestlers of all time needs to have their head examined with a tire iron. While his later years of wrestling were tragically marked with some rather slow wrestling and a generally bipolar style of booking, from the 90’s to the 2000’s, nobody represented the concept of a quick moving Big Man like The Big Show.

The man was a powerhouse of a wrestler and, in his prime, was able to accomplish amazing athletic maneuvers for a man that towered over 7 feet tall and weighed close to the 400+ level. He was even known to hit the occasional moonsault from time to time which is terrifying to even consider taking from another wrestler. Often considered to be the second coming of the late great Andre the Giant, The Big Show was one of the last true big men in the industry.

When it comes to ECW and the 90’s wrestling alternative, there are typically four wrestling categories that truly personify different facets of the promotion. You had the technically gifted, criminally underrated, and hardcore insane wrestlers like Mick Foley, Sabu, and Raven. You have the true superstar wrestlers who made their mark in the industry from ECW like Rob Van Dam, The Dudley Boyz, and Shane Douglas. You had the ball shitting insanity wrestlers who were not great in the ring, but made up for it through pure violence and raw attitude. The people in this area are people like Balls Mahoney, New Jack, and The Sandman. Then you have this “other” category of wrestlers that truly shined because of the booking of ECW. These are the guys who were turned away by the standard promotions for being “too small” or “lacking in charisma.” But were truly amazing in their own right. The person that personifies this category is Taz.

Taz is, without a doubt, one of the most underrated wrestlers of all time. While he is more well known for his commentary work on SmackDown alongside Michael Cole in the Ruthless Aggresion Era, Taz was a powerhouse of a wrestler. His small stature was not in the slightest bit a problem with his excellent mechanics, smooth in ring technician, and a look that exuded a raw beat down charisma that could not be denied. He had his best years in ECW, winning the ECW Championship, but still proved to be one of the best in the business.