I am sorry for the delays on this one. I do want to get the rest of this list out once I realized the popularity of the list. To move on! Let’s discuss 60-51! If would like the other parts of this list they are linked below.

For those of you who are fans of Lucha Underground, you will know Mil Muertes as one of the more formidable foes of the company. He was a primary antagonist in the first season, lead the company in the second season, and has constantly remained one of the main stays of the company. His physique and persona sell him along with his demented valet Catrina.

What many people might not know is that Mil Muertes is well into his forties and is considered to be one of the best wrestlers in Mexico. Working for AAA for most of his career as El Mesias, Mil/Mesias has been a ruthless main event talent. Complete with huge muscles and a quick paced fighting style, he has proven to have the charisma and focus to carry an entire division. He is the first AAA Mega Champion, has held the belt on 4 different occasions, more than any other wrestler in the companies history, and has proven to be a draw in Mexican and American markets.

The adopted son of legendary wrestler Blue Demon, Blue Demon Jr carried on the legacy of the famous mask into the nineties and working on into today. Using his lineage and wrestling legacy he saved the historical and fledgling NWA World Heavyweight Championship after it was pulled into obscurity when TNA left the program. He became the first Mexican lucha libre wrestler to ever hold the coveted belt. Blue Demon Jr has become a second legend in Mexico working in Triple A during its initial run of success.

Wrestling icon, promoter, and legend the Giant Baba was one of the most recognizable faces in wrestling in the 1970’s US and Japan scene. Being a man of unusual size and a larger than life personality, the Giant Baba traveled the world over performing all over Asia, Europe, North America, and South America. Later in life, he also put his mark on the industry by starting All Japan Pro Wrestling along with the sons of Rikidozan, one of the most successful promotions in wrestling history. 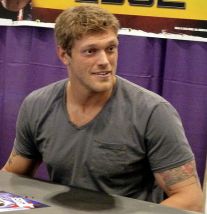 While more of a revolutionizer in the tag team division along with his best friend and kayfabe relative, Christian, Adam “Edge” Copeland has proven to be one of the most versatile wrestlers in history. Possessing the charisma, looks, physique, technical skills, and mic skills necessary for a main event level talent, Edge was the perfect mix of sleazy jackass and badass rebel.

Edge also remains a unique case for being one of the first wrestling superstars to be made through the rumor mill of the internet wrestling community. After word got out that fellow wrestler, Lita, was having an affair with Adam Copeland and cheating on then boyfriend Matt Hardy. The real life love triangle, combined with the very real betrayal of a best friend angle and a cheating lover, propelled the careers of Hardy and Edge to near superstar status, with Edge coming out further than Matt Hardy in the short term. At either rate, Edge cemented his legacy from then on out as the Rated R Superstar making him a perpetual main event talent until his forced retirement just a few years ago.

Arguably one of the most underrated wrestlers of all time, The British Bulldog Davey Boy Smith is a must have on any list featuring the greatest wrestlers of all time. Often cited as one of the greatest to never win the “Big One” The British Bulldog wowed audiences for years with his fantastic physique, being a masterclass technician in the ring, and being impressive on the mic as both a face and a heel.

He was one of the main stay talents during the New Generation, often hooking horns with other greats such as Shawn Michaels, Bret Hart, and so forth. He, along with Hart, also main evented one of the largest shows in British wrestling history during their match at Summerslam 1992 in which he won the coveted IC Championship. Bulldog is only kept out of the top 50 by the fact that he never did claim the WWE Championship that he rightfully deserved though was criminally denied. 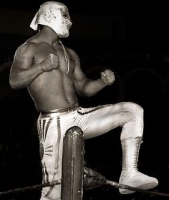 Mistico is one of the tragic cases of a wrestler who absolutely plummeted down the list due to the fact that he had an abysmal run in another company… 90% of which was his fault to begin with. To get the awkward shit out of the way first, Mistico, known in WWE as the original Sin Cara, was earmarked to be the next Rey Mysterio and a major player in the company. However, due to the fact that he refused to learn English, refused to adapt to US style of wrestling, botched most of his offense, did not work through minor injuries, and was just an all-around unpleasant individual in WWE, Mistico/Sin Cara earned a reputation for being a botch monkey who was painfully hard to work with.

However, in Mexico, during the mid 2000’s, Mistico saved CMLL from potential failure. The oldest promotion in the world was in the dregs in the early to mid 2000’s and it was none other than Mistico who saved Mexican wrestling by becoming one of the most charismatic and excellent work horses in the business. The fact that he saved a great deal of lucha libre heritage earns him a spot on this list and would have put him much higher… If it weren’t for the fact of the infamy that was the original Sin Cara.

While I am not a big fan of the man personally, I cannot deny that Randy Orton has earned his place as one of the all-time wrestling greats. Along with John Cena, the two of them carried the WWE name from the Ruthless Aggression era and into the PG era. Unlike Big Match John, Randy Orton was very much the WWE Vinnie Mac House of Big Men and Baby Oil Club guy through and through. He had an impressive physique, large build to him, complete with tattoos, and a larger than life personality. With the body of an MMA fighter and the look that gave off the impression that he is a walking can of Monster Energy Drink, there were multiple areas that Randy Orton sold to the WWE crowd at large.

Acting as a perfect juxtaposition to John Cena’s charitable goofball eat your Wheaties colorfulness, Randy Orton was always a much more serious act being known as the Legend Killer, Apex Predator, and so forth. While threats of boring wrestling and a checkered past have hampered Orton going higher up the card, his accomplishments in the ring and on the mic cannot be denied.

The brilliant aspect of Kazuchika Okada is that his story is already one of great renown and he hasn’t even come close to hitting his stride. He is currently one of the top dogs in the most well renowned pro wrestling company in the world, New Japan Pro Wrestling. He is considered to be a major part of the big four wrestlers who debuted in the early 2000’s that set the Japanese wrestling scene on fire, The other names being Katsuyori Shibata, Hiroshi Tanahashi, and Shinsuke Nakamura. He is easily one of the best wrestlers on the planet today and continues to display his awesome prowess in the ring.

He is currently a four time IWGP Champion and that number is only going to go up as the Japanese sensation continues to hit his stride.

While the end of his career was marked with controversy, there is no denying that CM Punk has earned a place in history as one of the greatest wrestlers of all time. Not only graced with a powerful charisma that carried through his in ring work as well as his abilities on the microphone, Punk had a look that was unique and sparked the rebellious nature held within wrestling fans. Most complaints lobbied towards the WWE are thanks to Punk and his outspoken and brash nature that draws people to hear what he has to say and his in ring work is near flawless, being one of the pioneers of Ring of Honor as well as one of the best wrestlers in the early 2010’s that brought wrestling back from the brink after the Chris Benoit scandal. He might not be a popular name to bring up with his recent problems with the industry, but there is no denying his spot in the record books as one of the great ones. 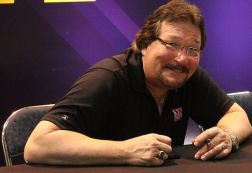 Every man has a price, everyone is going to pay, and the million dollar man ALWAYS gets his way. Nothing gets people’s blood boiling more than a wealthy fat cat who knows he is wealthy and lords it over everyone that he meets. Ted DiBiase may very well be the greatest heel act of all time, just for its simplicity. Money makes the world move. People hate it, but it works. So to see a guy walk around getting wins by buying them is annoying as shit. What is even more annoying is seeing fan favorites give in to the rich paycheck was even more annoying. Knowing that you would also probably give in, made you hate yourself as well as hate DiBiase. Then a good guy who couldn’t be bought became the ultimate face to take down the sleaze ball millionaire! “The Million Dollar Man” Ted DiBiase is a perfect heel. He angers the crowd, he brings that right amount of realism, and his personality creates a true hero that is meant to bring him down. He is, without a doubt, one brilliant son of a bitch.

Thank you for reading! Please come back soon for the second half of the 100 Greatest Wrestlers of All Time!