We have reached the downward slope. The top bracket is finished and now just to count them off to the finale. There may be a few surprises here and there but from here on out, you are going to be getting the classics. It is just a matter of where they fall in the grand scheme of things. If you stumbled upon this list first, be sure you check out the other parts of the list linked below. 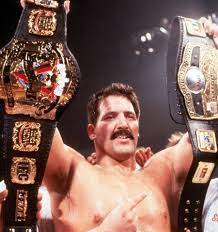 A real man’s man, Dan Severn may not have had much of a career in WWE. But outside of WWE the man was a legend. A pioneer of the sport of mixed martial arts, Dan Severn was a strong man that made the transition to professional wrestling around the same time as Ken Shamrock.

Unlike Shamrock though, Severn also put in some work with NWA. He became one of the longest reigning NWA Champions, held countless titles, at one time holding over 10 titles at the same time, and was everything that was wanted in a professional wrestling mainstay; big, scary, and technically sound. While he might not have been the most gifted on the stick, her certainly was in a league of his own in the ring.

Nakamura may be tearing it up in NXT with one of the greatest opening intros to ever be made in this life time… But Nakamura enters the WWE as one of the greatest wrestlers to ever lace up their boots. The funny thing is the fact that Nakamura is coming to WWE around the end of his time at the top. At the age of 36, he is approaching the age where wrestlers are meant to step aside and let the next generation come in. Between his time of coming in and now, he has already proven to be one of the all time greats.

Nakamura is apart of the “Three Musketeers” of Japanese wrestling. These were three guys that came in at the turn of the century to take New Japan Pro Wrestling into a new era of insanity. Those three men were Hiroshi Tanahashi who is yet to come, Katsuyori Shibata, and Shinsuke Nakamura. Kazuchika Okada has later come on to be the sort of D’Artagnan of the group, but I digress.

Nakamura took NJPW, which was a little in the dregs at the moment, and made it a juggernaut along with his associates. He made the IGWP Intercontinental Belt one of the most prestigious titles in history. Shinsuke Nakamura is an absolute legend and those in the USA should be grateful he came to USA to grace us with his presence. 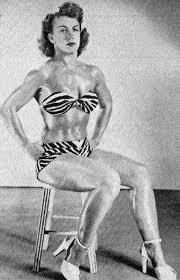 Arguably the first women’s wrestler to truly become a legend, Mildred Burke didn’t so much break through the glass ceiling as much as she shattered the fucker into tiny shards. Mildred Burke began to make a name for herself in the professional wrestling circuit during the forties and into the fifties! Keep in mind, aside from Women’s Baseball leagues that only sprouted up due to the fact all the “men were off at war” (seriously, check out A League of their Own: Great Movie!) the idea of women taking part in sports was an inconceivable concept.

Yeah, there were a few here and there. But none of them were remembered of any great renown. It is one of the reasons why we will toss around names like Georg Hackenschmitt, Toots Mondt, and Gorgeous George before we will June Byers or Debbie Combs. Mildred Burke was the first to shatter that ceiling, becoming a mainstay name in the sport of professional wrestling. She was a trailblazer of the industry and paved the way for women’s wrestling by normalizing the concept. 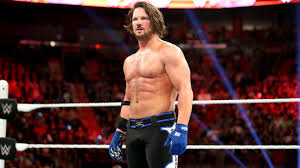 AJ Styles may have just recently shown up to WWE to a hot 2016 year. However, as WWE has alluded to, Styles has been one of the hottest acts in the world since the year 2000. He was a pioneer of Total Nonstop Action Wrestling, in particular the X-Division. He became a legend in Japan working for New Japan Pro Wrestling. More importantly, AJ Styles grandest claim to fame was the ability to generate “The Rock” and “Stone Cold Steve Austin” levels of success and fame without even touching the WWE. The man’s accomplishments BEFORE joining WWE are as long as my leg. Then, the man joined WWE at the Royal Rumble of 2016 and has since shattered the glass ceiling for indie wrestlers and forced WWE to begin acknowledging life outside of their promotion. All around, AJ Styles is and will forever be one of the greatest of all time. His number is only going to go up from here. 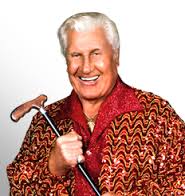 Classy Freddie Blassie may have been better known in later years as one of the best managers of all time, he was one of the greatest wrestlers of all time. A mainstay of professional wrestling during the height of the territory years, Classy Freddie Blassie took the torch from where Gorgeous George left it and ran off into the night without looking back. Blassie was able to stoke a crowd to near riotous levels in a way that few ever could. The only thing that keeps him from climbing higher on this list is that his wrestling career is somewhat overshadowed by what he did after he laced up his boots. 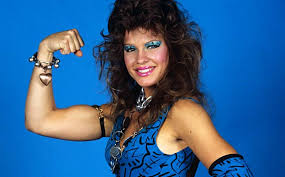 Women’s wrestling today has finally been given the credit it deserves. There are even some who are out there today who see more stock in the WWE RAW Women’s Championship then they do the WWE Universal Championship and THAT is saying something that wrestlers like Charlotte and Sasha Banks are considered to be equal to or greater than the big boys in the main event like Kevin Owens, Seth Rollins, Triple H, and so forth.

But even before all of that. Before the true women’s revolution and the death of the disgusting sexist women’s television of the 90’s and early 00’s, there was Wendi Richter. Wendi Richter joined WWE at the time that Hulkamania was beginning to run wild and the Rock and Wrestling era was kicked into high gear. While Hulk Hogan became the mainstay, Wendi Richter was right along with him as one of the most over women in the history of wrestling. She was HUGE and was as over as people like Hogan. Richter tragically was the victim of the first screw job when The Fabulous Moolah forcibly pinned her and hampered a lot of her career by WWE historical revisionism, but recently people have begun to give her the respect she deserves. 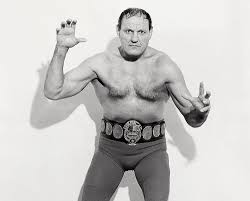 Most people, especially those who grew up in the 90’s and early 2000’s only know Killer Kowalski by reputation. The name would come up when someone was trained by Kowalski as a means of showing a stellar reputation. The guy was one of the original WWE Hall of Famers and was more of this mythical dragon than anything else.

Killer Kowalski, by his truth and not legend, was a wrestler during the 1940’s and well into the territory years. Kowalski is a pioneer in the idea of taking on an identity. While wrestlers of the era like Toots Mondt and Georg Hackenschmidt were great grapplers, it still was reminiscent of a sport. Kowalski, along with Gorgeous George, were the men who began to bring in the character and the persona into the mix. These facts combined with his training of an entire generation puts him well into the Top 50. 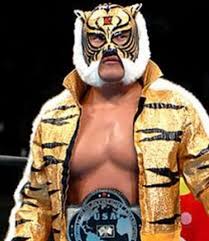 This is also cheating a little bit. Yeah, the original Tiger Mask was great, but what made the character great is that it is still going on today. In a similar vain to traditional lucha libre wrestlers, the mask has been passed from wrestler to wrestler. At this point, they are on their 4th incarnation. But regardless, the character is still remembered as one of the all time greats. 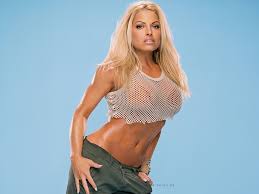 But Trish took wrestling to heart and spent years honing her skills. She easily became the best female wrestler on the roster at the time and become an absolute icon during the early 2000’s. Her feud with Mickie James is considered one of great genius and her feud with Lita is often considered to be one of the greatest of all time. They also marked the first time the women closed the show on RAW, paving the way for the mainstays like Sasha Banks, Charlotte, Bayley, and Becky Lynch. 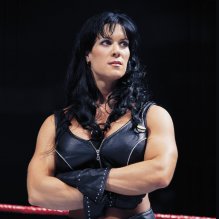 Joanie Lauter has tragically passed away, but her legacy will most certainly live on for generations to come. Just like Mildred Burke, Chyna was a wrestler that shattered the glass ceiling during the 90’s and into the 2000’s. Before her time, it was unfathomable for a female wrestler to wrestle a man. They were athletically built, but certainly were not cut physical specimens. Then comes along Chyna. She was a woman made of muscles on top of muscles. She was large, intimidating, and could wrestle circles around the men as well as the women. She was the first woman to enter the Royal Rumble. She was the first woman to win the Intercontinental belt. There was even a time when it was discussed that Chyna receive a WWE Championship run!

Tragically, that did not materialize. But the fact that it almost happened is something of great significance. Chyna is a trailblazer of the industry. While women like Lita and Trish Stratus brought women’s wrestling into a new era, Chyna revealed the viability of female wrestlers being stronger than AND better than men. Considering this was done in a time of the WWE Attitude Era when sexism was alive and well, Chyna is certainly a legend in life and in memory.

Thank you for reading and as always, please like and subscribe for more! Coming up soon is the continuation of the list as we speed forward to the Top 20!