Well… This is a shitty way to start the week. Bill Paxton may not be the most memorable actor in my life. But he certainly left quite an impression on my life. He has been in some of my favorite movies of all time and one of his most iconic rolls is in my favorite movie of all time, Aliens. With the passing of Bill Paxton, I wanted to shelf the original plan for this Sunday and make a post dedicated in his honor. So, without further ado, here is the Top 5 Bill Paxton Movies… And One Show.

This one is purely for selfish reasons. I wrote a review for Twister years ago about being one of my all time guilty pleasures. There is just something about this movie that works for me and a major part of it was Paxton’s every man performance. It isn’t a good movie so it isn’t going to make the list, but I definitely wanted to include it as an honorable mention, just for my own sake.

Titanic finds itself at the five spot due to the fact that Bill Paxton plays a relatively small role in the film. Sure, the character is important to the narrative being told, but ultimately Paxton is only in the movie for the beginning, the end, and a few other grounding shots to remind everyone that this is a story being told to us. Regardless of the size of his role, Paxton sells every second he is on screen to make one of the more memorable parts of this 1990’s masterpiece. 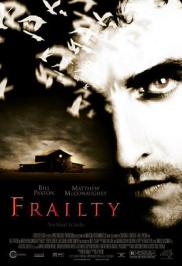 Frailty holds a special place on this list for being the first movie directed by Bill Paxton. The psychological thriller has received wide acclaim, even from famous critics like Roger Ebert. Paxton was the director and star of this movie, carrying it to success along with Matthew McConaughey. Personally speaking, I wasn’t the hugest fan of the movie. All things considered, I didn’t think it was bad but ultimately found it forgettable. But I cannot deny that it was a good movie directed and starring Paxton which also sold him as a solid director as well as actor. 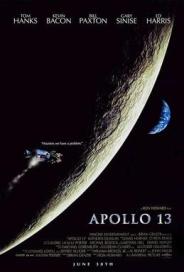 Apollo 13 may very well be one of the most important films of the 1990’s. While it hasn’t exactly been a movie that has stuck in the mind’s eye like Titanic, Trainspotting, and so forth, Apollo 13 is a precursor to movies like The Martian. Tom Hanks, Kevin Bacon, and Paxton all play off of each other perfectly, making a great film that has stood the test of time as one of the greats.

Big Love could not be excluded from this list. I actually wanted to. I wanted this list to just be about movies, but at the end of the day, I just couldn’t deny the role this television show has had on Paxton’s career. The television show about a polygamous Mormon fundamentalist, Paxton was the dirving force behind the series that ran from 2006-2011. The television show netted him six award nominations and remains one of his more iconic roles. 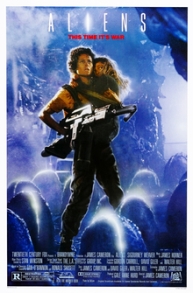 You knew it was coming. While Big Love may have been Paxton’s career defining role. The movie that launched his career just so happens to be my favorite movie of all time. Bill Paxton took a character in, Pvt. William Hudson, who could have been nothing but a tertiary nothing character and made him into one of the best supporting characters in the movie. The wise cracking yet easily shaken Hudson provides the much needed comic relief to just take the edge off as the movie moves into the second act of the film. Still one of my favorite characters, Paxton’s adlibbed “GAME OVER MAN, GAME OVER!” will live on as one of cinemas greatest lines… You didn’t think this post would skip that did you? Rest easy Bill, you earned it.

Thank you for reading and please like and subscribe for more. Come back Tuesday for another Crit or Miss as well as some new movie reviews this weekend.