But on to the topic. I have blasted WWE in the past and will continue to do so in the future for critiques that are justifiably lobbed at the wrestling juggernaut. However, the door does swing both ways. WWE, for its shortcomings and the fact that it can be an easy mark for the internet folk like myself, is still a great company that does put on some stellar entertainment. There are some critiques that the WWE gets, that I find at least, are completely unfounded. In particular, when it comes to certain wrestlers who others cry foul at for being low on the card. While I do understand that WWE does bury some talent for strange reasons, petty reasons, or seemingly no reason at all. There are some that it is justifiable and this list is dedicated to being the Devil’s Advocate in that regard. These are 5 wrestlers that WWE is completely justified in keeping as low to mid card talent.

This one is relatively easy as the smarks of the world are beginning to turn on him as quickly as the rest of the world, but Apollo Crews is just a guy that doesn’t have much of a spark. Yes, Crews tore it up when he wrestled as Uhaa Nation. Yes, Crews is a great physical specimen. Yes, he is stuck with the smiling babyface gimmick. But here is the thing. Even if he wasn’t stuck with the terrible smiling baby face gimmick, he has been absolutely nothing special.

In his first couple of months, Crews made several minor botches and was unable to generate any kind of crowd reaction. At least the Rock got booed out of the arena and fucking death threats from his smiling babyface gimmick. Apollo Crews got apathetic claps after he failed a nip up and accidentally botched a move on Chris Jericho.

And as far as getting stuck with a terrible gimmick is concerned. If you have the talent, you can get anything over. Jack Gallagher got an umbrella over, Chris Jericho got a list and a scarf over, Mick Foley got a sock over. Noam Dar got Alicia Fox’s name over. If you work hard enough you can get anything over. Crews just doesn’t have it. What these past couple of weeks has said of Apollo Crews is that he is as good as the gimmick and the situation you put him in. If you give him a good character, he can put on a good match. But as far as generating real emotion and getting the crowd on his side, he just doesn’t have it. He is great mid card talent. But that is the extent. 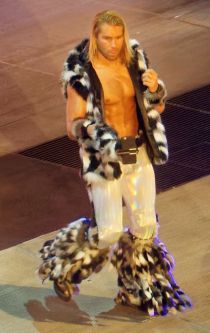 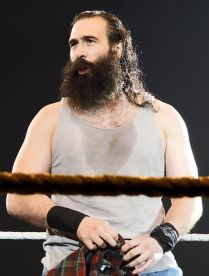 This one is solely due to a need for an image change. Luke Harper is a great wrestler. Especially for a man his size, to do some of the things he has done, he has potential to be something. Jon Huber, the man behind the gimmick, can seriously go places if given the shot. But he isn’t going anywhere as Luke fucking Harper.

Let’s be honest, even with an image change, can you imagine WWE Champion LUKE HARPER! The former lackey of Bray Wyatt? No! It is silly! The character of Luke Harper is a sidekick, a lackey, a number two. Even as a singles wrestler with his “wood” or “eyes” gimmick, it just doesn’t work. Jon Huber can become a potential star and high mid card to main event level draw. But he isn’t doing anything under the name “Luke Harper.” 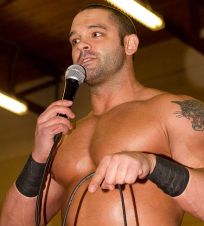 So Tye Dillinger. The perpetual mid carder in NXT is the poster child for “held back” wrestlers now. A guy who is perpetually in the territories that just cannot catch a break or get called up to the big time. Even after his Royal Rumble apperance. Even with is, admitted, good Perfect Ten gimmick, there is a bit of a reason why Tye has been in developmental for so long… He just isn’t much of a competitor. Don’t get me wrong, he can certainly work a mid card. But beyond that, there just isn’t much else there. He would be a decent call up now to help SmackDown’s mid card scene. But odds are he would just end up like Mojo Rawley. Trying his best despite wild crowd apathy.

The Bullet Club may be one of the hottest things in the world right now. With a group member rate and invadability that has the feelings of classic New World Order, it is easy to see how they are becoming this generations faction to be. The faction has star making potential. If you are in it that means you can certainly be someone awesome. Which is the reason why Anderson and Gallows are so good. The Bullet Club made these guys and accentuated their positives without revealing their negatives. There are certainly ups to Anderson and Gallows. They are great in the ring, Gallows is a big man, Anderson is a great worker and good on the stick. They are a good team. But without the Bullet Club, they are just mediocre.

They are certainly fine and they can carry a match. In Bullet Club and booked as monsters, they are legendary. Yes, WWE may have booked them weaker then they should have been booked. But WWE has also revealed some painful flaws in the duo. Namely, that Luke Gallows just isn’t that great of a worker or really all that great on the mic. He is a little awkward. Karl Anderson has a rough time carrying promos and can sometimes come across as Enzo Amore except without the reality. A small guy, fast talker, who needs his big guy to back him up.

While Gallows and Anderson are great in Japan and have seen some questionable booking in WWE, they are certainly not monster stars here to take the tag team division by storm.