The list continues as we approach the top 20! If you haven’t checked out the honorable mentions or 100-31, please check out the links below! 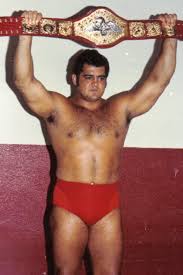 Back in the early days of the WWE, during the days of Bruno Sammartino, the WWE landscape was one that was synonymous with the New York City scene that it was built around. Sammartino was representative of the Italian population while other populations such as the Puerto Rican population had the up and coming Pedro Morales to cheer for. Morales, being the next big babyface for the company meant that the belt needed to come off Sammartino. So, after Kolaff got the nod, it was Morales that took the belt and held it for 1,027 days before dropping it to Stan Stasiak and then back to Sammartino.

Morales his an hipanic icon in the business and has remained one of the corner stones of 70’s wrestling.

It’s all about the game… And their may not be a better player on this planet then Paul “Triple H” Levesque. The husband of Stephanie McMahon may very well have become one of the best wrestlers and politicians on the planet. While a lot of his success can be attributed to his him using his power for his own ends, that should not take away the mark that he has left on the professional wrestling industry.

From the humble beginnings of “Terra Ryzing” and “Hunter Hearst Helmsley,” Triple H, along with Shawn Michaels, took the company by storm with the Degeneration X monniker. Make no mistake about it. Stone Cold Steve Austin may have been the face of the Attitude Era, but Degeneration X was the spirit. It was the raunchy, in your face, brashness that made the era what it was and it was Triple H and his Kliq amigos that was at the forefront. Triple H was the powerhouse behind the red brand during the initial brand split and the beginning of the Ruthless Aggression Era. His Evolution Stable solidified him as a top star of the industry and paved the way for the futrue, Batista and Randy Orton. The man stands now as the COO of WWE and has proven to be one of the best bookers in the business today.

Toots Mondt may very well be one of the most important trail blazers to modern wrestling. Coming up during those romanticized smokey bingo halls, Mondt was the man who took wrestling and made it into a spectacle. With his big man persona and a joining with Vince McMahon Sr., Toots Mondt was instrumental in creating the WWE. The man is an iconr of the business and a man who has created opportunities for modern wrestling, transitioning it into less sport and more spectacle.

One of the most recognizable villains during the 80’s wrestling scene, The Iron Shiek is a corner stone of what it means to be a wrestling heel. Still immulated today as one of the craftiest men in the business, The Sheik was the first wrestler to truly tap into a guttural jingoistic nature to American Patriotism, making him a perfect foil to the all American Hulk Hogan. Tragically the only championship that the Sheik held was a passing the torch championship reign that moved the belt from Bob Backlund to the rising Hulk Hogan. But unlike Kolaff and Stasiak, The Iron Sheik was the first one that stood the test of a time as an all time great instead of just a footnote in history. 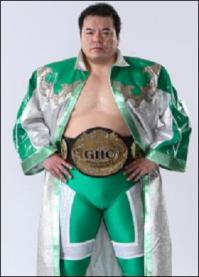 Mitsuharu Misawa may very well be one of the most important Japanese wrestlers of the 1980’s to the late 2000’s. The man who made All Japan Pro Wrestling a staple of the Japanese wrestling in the 90’s, he was also instrumental in forming the alliance between AJPW and WWE. Misawa claimed the Triple Crown Championship on 5 occasions as well during that time and was even slated to take over All Japan Pro Wrestling from the previous owner, the Giant Baba.

You knew they were coming. The three guys who were the kings of the NWA during its hey-day of the 1970’s. Ric Flair and Dusty Rhodes will be coming further down the line, but the first of the three to pop up on the list is Harley Race. Race was seen as the power house every man. While Ric Flair was the high flying son of a gun and Dusty Rhodes was the son of a plumber, it was Race that came across as the power house wrestler in contrast to Dusty Rhodes charm.

Race’s feuds with Dusty Rhodes as well as Terry Funk are the stuff of legend. Race held the title a whopping seven times, almost unheard of during those days. The only two who held it longer than him being Lou Thesz and Ric Flair. He was a man of the people and one man you did not want to fuck with.

The latest, as of this post, to be inducted into the WWE Hall of Fame may very well be one of the best all around talents in the history of professional wrestling. If you want to talk about pure athleticism, adaptable charisma, the ability to adapt multiple personalities, you should look no further then Kurt Angle.

The former Olympic Gold Medalist came on to the scene green as can be at the height of WWE television and took the promotion by storm. During the height of the Attitude Era, the WWE belt saw a lot of changes, but they tended to stick to the same people: The Rock, Stone Cold Steve Austin, Triple H, Mick Foley, and Big Show. Kurt Angle, within the span of a year, claimed the belt. He came in 1999-2000 green as grass and a few short months later he was the World Champion along with reigns with the European and Intercontinental Championships. The guy could be a goof ball. He could be a despicable heel. He could be a beloved face. He could be a skilled technician and he could look like an absolute buffoon. No matter what you gave this man, he made it into gold AND continues to make it into gold. Kurt Angle is easily one of the best in the business and has earned his spot at the 24 mark. Oh it is true, it is damn true!

The most over competitor of the modern era, Daniel Bryan has paved the way for a whole new type of athlete and a whole new means to who gets over and why. Daniel Bryan was an “Indie” darling who wrestled for the likes of ROH. While not exactly big or particarly charismatic, Bryan made up for it by being the every man for the new generation and a spectactular technician.

After signing with WWE, Bryan quickly ascended the ranks. With the YES! Movement, the fans were able to propel Bryan to the main event of Wrestlemania, spawning one of the greatest moments in Wrestlemania history. Tragically, injuries have caused WWE officials to permanently shelf him, however with that period of time, D Bry has been able to elicit cheers that transcend the wrestling world.

Often considered to be the Hulk Hogan of Mexico, Mil Mascaras was the star of Mexican lucha libre in the 1960’s on to the 1990’s. Unlike in the USA, it is quite common to see a Mexican Lucha Libre appear in movies, in particular those who are still under mask. Some stories include their wrestling alter egos in the story. Mil Mascaras along with one other that will appear later on this list were the two wrestlers who set this trend. Mil Mascaras created the viability of Mexican lucha libre and engratiated the concept into the very culture of Mexican tradition. The man has won championships all over the world and is currently in the NWA and WWE Hall of Fame for his exploits.

Even today, the name Bruno Sammartino carries tremendous weight. To those who have never heard of him before and go to check out the title history of the WWE belt, look back to the title reigns that spawned almost a decade and another one that spanned close to three years. Bruno Sammartino was the Hulk Hogan before even Hulk Hogan was a thing.

The Italian powerhouse was the original flag bearer of the WWE and carried it through its early days in the New England area of the United States. Even during the heyday of NWA, if the name Bruno Sammartino was on the ticket, then the arena was packed with people to see the Italian marvel.