So after hearing the requests, I have finally decided to rank the Disney Pixar movies from worst to best. Ultimately, this list is going to be fun. Unlike Disney Animation Studios, Pixar tends to take a few more risks and as a result you have some timeless classics… And a few… Well not timeless classics. No matter what though, all of them have a wave of nostalgia attached to them that is undeniable. So with that being said, this is the Disney Pixar Movies, ranked from worst to best.

Keep in mind that the criteria for this list comes from the overall quality of the movie, the artistic merit, its longevity in culture, and some of my own personal beliefs as well. 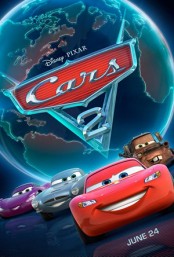 The Cars franchise for me is Pixar’s poor showings. Everyone tends to have one and for me it is definitely both Cars movies. The first one I didn’t like as a cheap cash in on a silly 90’s commercial, but I still got the story. The premise was a car who wanted to win races. Honestly, it is a simply story told decently well with only a few mind numbingly painful performances from Larry the Cable Guy as well as some painful car puns.

Cars 2… It dips into British espionage, the terrible jokes are amped up 1000, Larry the Cable Guy is insufferable, and ultimately it comes across as a cheap cash in meant to tantalize the children while the parents go about their work. AND before you go into the bullshit excuse that “it is a kid’s movie” SCREW YOU! There are good kid’s movies and bad kid’s movies. A good kid’s movie is one that anyone can watch. That everyone can enjoy. Finding Dory, Aladdin, Mulan, Toy Story, The Secret Life of Nimh, and All Dogs Go to Heaven are kids movies that are GREAT! This… This is a pain to watch. 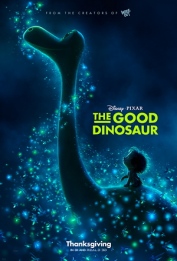 Do you ever have that movie that you know is good and can even admit as much… But for whatever reason you just can’t like it? That is Ratatouille for me.

There really is nothing inherently wrong with Ratatouille. It is a fun kids movie about a mouse that wants to be a cook. The characters are likable and the premise is fun enough. Hell, I can even understand people putting this high on the list or it even being one of their favorites. But man… I just do not care about its existence and as such… I have to rank it low on this list to let those that are worse movies… But stick with me more to get a pass.

I  basically said what I wanted to say about Cars in the first group. I am not a fan of Cars, I do not think it is a good movie, I think it is a cheap cash in, and it is the weakest link in Disney Pixar as well as Disney Animation Studios. Cars is slightly above the rest, but not by much. 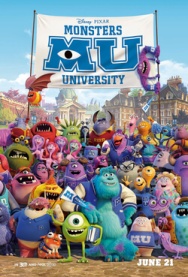 Not only do I think that this movie is overrated, it is also a prequel which means it suffers from my ire as well. The movie is “fine” and as far as prequels go, it is passable. But beyond that, I don’t have much to say.

The first of the Disney Pixar line, A Bug’s Life is a fun and joyous romp that has tragically been lost to the sands of time. I think that a lot of its obscurity lies in the fact that Disney Pixar really took off and it just sort of left this one in the dust as a “good movie” while the others were at least “excellent movies” or in most cases “timeless classics.”

It does say something about a studio when the positives start to occur near the bottom of the list so let this one mark the first push from the “not great” to the “good to awesome” range.

Two and Three of the Toy Story trilogy are going to take 11 and 10 spot. While, in my opinion, two is the stronger of them… You can really interchange them and little will be gained or lost. Both of them are solid movies, don’t get me wrong and WELL WORTH the watch. But they just feel needless to such a timeless classic such as Toy Story that no amount of work could measure up to the first one’s success.

Finding Dory finds itself right at the peak. It isn’t necessarily great but isn’t bad either. It is a fun movie that rehashes a lot of the same tropes as Finding Nemo. There is definitely a great deal of new material, especially taking things from Dory’s perspective. It has a low stakes feel to it compared to the first one, but definitely brings the feels as well as the enjoyment along with it. 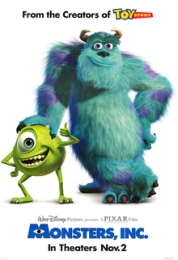 Monster Inc. starts off the downward slope for being a great movie… That just really didn’t do much for me. While I can understand why people love it, I feel it justified to stick it at the 8 spot.

Honestly, one of the main reasons that The Incredibles fell far down the list is probably due to the fact that I saw it a little later in life. I didn’t have the nostalgic connection to it that some might have. I was a freshman in high school when this movie rolled around, so I was far away from being a small child. I didn’t end up watching it until I was a senior in college and so I enjoyed it for its artistic merit. But that childhood joy just was not there.

All things considered though, this movie is phenomenal. In truth, this is the start of the trend in superhero stories where the characters are truly humanized and show that even superheroes age. It is trailblazing in that regard to show superheroes in more of a relatable sense, even more so than the way that Marvel has attempted to do it in comic books for the past thirty years. 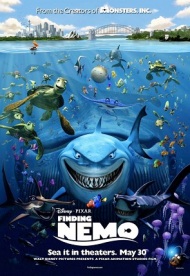 One of Pixar’s most recent successes, in my book Finding Nemo is a phenomenal movie that I just do not tend to reach for when looking for something fun to watch. It is easily one of Pixar’s best, just not one of my favorites, and that is all I have to really say on that point.

All things considered, Inside Out is a very quiet movie. On the inside of Riley’s head are the personifications of Joy, Sadness, Disgust, Fear, and Anger. But on the outside it is a simple story of a girl trying to cope with growing up and moving away from her home where everything is normal to her. It is about coping with growing up and becoming more of an adult.

The interior of Riley’s head is a wild adventure in which Joy realizes that the concept of Sadness is an emotion that needs to be felt is paired with a quiet story of a young girl growing up. It is a great story, but ultimately a downplayed one compared to the big four of Disney Pixar.

Now is the point where we hit the iconic territory. While the rest of the movies are certainly great, I do not think Monsters Inc. through Inside Out are truly going to be remembered as timeless classics. They will certainly have their supporters and I’m sure there are plenty of people out there who are ready to defend these movies to no end. But for me, the top four is where it is at as far as Pixar movies are concerned.

Brave may very well be the first of the new wave of “Disney Princesses.” Before hand, you certainly had a great deal of strong leads (Mulan comes to mind), but they still followed the pattern of the Disney Renaissance. They all still followed the formula tried and true for Disney at the time with only a few deviations from the norm (once again Mulan). While Tangled was the first to take these tropes and turn them on their head, Brave was the first one that started to take these tropes and do so with a strong sense of subtlety. There are certain parts in Tangled where you can almost groan at how over the top they are being with trying to break the Disney Princess stereotypes. It is a story about a strong-willed woman and a strong warrior. There is no need for a long and drawn out romantic love story, and it truly let’s Merida shine as the star of her own movie. Hence the reason why it is ranking four on this list. 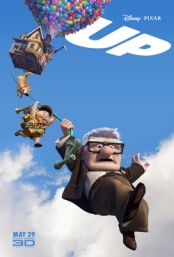 Up is by far one of the most tear jerking experiences I have ever come across in a movie. The story of Carl and Ellie is so moving, so beautiful, and so tragic that this film had me in tears before the actual plot ever got off the ground. The relationship between Carl and Russell is absolutely adorable and the comic relief, Kevin, has his own share of conflict that he has to overcome. Ultimately it is one of Disney Pixar’s best movies by creating a story about unbridled discovery, loss, and regaining something new in the process.

This is easily one of the greatest movies of all time. Which should go to show how great the number one is going to be if WALL-E falls to the number 2 spot. WALL-E is a beautiful story mainly for the fact that the artistic quality of the film boosts it to new heights. All things considered, WALL-E was a major risk. To have a great deal of the film without dialogue would be considered a risk to mainstream children’s movies. To have a downplayed love story, a quiet movie, and a movie that makes a statement on environmentalism and human excessive behaviors is both impactful, risky, and all came together to make an amazing movie.

What more can be said? Toy Story is one of the few examples of a perfect movie. The story, the wonder, the excitement, the direction, the animation, and the acting all come together to make the perfect experience. It is a story translatable to any generation and has earned its number one spot.

Thank you for reading and thank you for sticking with me as I went through the graduation and moving experience. Please like and subscribe for more and please come back next week for Guardians of the Galaxy Vol. 2 and Crit or Miss: Geist the Sin Eaters

5 thoughts on “Disney Pixar Movies Ranked from Worst to Best”