It is finally done. What was supposed to be a few weeks turned into the better part of a year. But we have reached the final 10, the creme-della-creme. The best that ever was in professional wrestling. Believe me this list was not taken lightly. Each of the top ten have switched spots more than once. But at the end of the day this is the final lock. These are the ten wrestlers who honestly represent the best and the brightest. To see the rest of the list, please follow the links below. 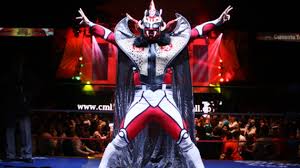 Anyone here who does not think that Jushin Thunder Liger deserves to be in the top ten, you can just leave now because you are wrong and your opinion is not worth anything to me. But in all seriousness, Jushin Thunder Liger is a revolutionary man who completely changed the industry of professional wrestling in Japan and continues to do so to this day. Liger is a junior heavyweight icon, winning the IWGP Junior Heavyweight belt on eleven different occasions! The closet man that even rivals that is Prince “Finn Balor” Devitt with three! In Japan, where title changes still mean something, that is maddening.

Liger took the persona and turned it into an icon. Almost like a Japanese anime character coming to life, Liger revolutionized Junior Heavyweight/Cruiserweight wrestling and brought it a whole new level of legitimacy in the late 80’s and into the 90’s. He is easily one of the all time greats and pushes forward to top off the list of 10. 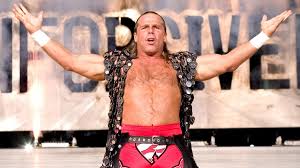 I initially didn’t want to put Michaels this high. I didn’t see him as one of the top ten greats and had him mixed back to back with Bret Hart. But as time went on… My mind began to change. A lot of my anger does fall to the attitude taken by Michaels in his early years that was nasty, childish, and did horrific things to the business.

Shawn Michaels revolutionized the business along with Bret Hart. Leading the pro wrestling world away from the traditional big men with big moves and charisma to the smaller and more technical skilled wrestlers left a permanent mark on the industry that is still felt to this day. Not only that, Michaels was a natural in the ring. He could sell moves like it was the worst pain imaginable and had a charisma that exuded from every pour on his body. The man may have had his antics. But they still made legends out of the business and his involvement in the Montreal Screwjob shaped professional wrestling for good. 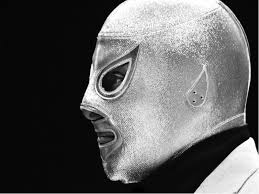 Often considered to be the Hulk Hogan of Mexico, El Santo is a living icon. The existence of Lucha Libre as a staple of Mexican culture and the idea of a professional wrestlers extending beyond the squared circle and into the realms of television and movies started with El Santo.

Often considered to be a living legend of his day, the man was famous for never removing his mask for any reason. To the point that he would not leave his home or enter public without wearing it. The level of dedication to kayfabe and protecting one’s identity had never before reached such heights, making El Santo one of the most protected, beloved, and mysterious wrestlers to ever set foot in the ring. Near the end of his days El Santo did unmask himself on a talk show for the world to see and tragically passed away a week later after the fateful act. Even the concept of the standard lucha libre mask is taken from the original El Santo design. This makes him, without a doubt, the greatest lucha libre to ever set foot between the ropes. 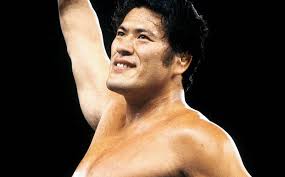 The true innovator of Antonio Inoki, the world of professional wrestling in Japan would not even come close to being what it was without Inoki championing the cause. Inoki was an icon throughout through the 70’s and created the Japanese juggernaut that is New Japan Pro Wrestling.

Inoki was one of the first wrestlers to truly blend the concepts of pro wrestling and mixed martial arts. In the early days, wrestlers had a lot of slams and mat based wrestling, more akin to traditional wrestling. Antonio Inoki brought swift kicks, stiff punches, and chops that would leave a man dead in the ring if he didn’t know how to take it right. He has held championships all over the world and even won the WWF Championship, though it currently remains unrecognized. 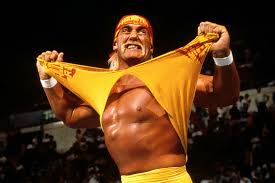 This one is painful. Terry “Hulk Hogan” Bollea has had his fair share of problems over the years that has tainted his illustrious record. Such facts include rampant racism, nepotism in both WWE and WCW, booking himself to look strong no matter what the year to make himself look good, gimmick infringement, assisting in killing off WCW and TNA due to his own antics, sex tapes, and overall just shitty behavior.

HOWEVER, with all of this, it still cannot be denied that Hulk Hogan was and in many ways still is the face of professional wrestling. The yellow and red are a staple of the Hulkster and Hulkamania ran absolutely wild during the 80’s and 90’s. Vince McMahon, Verne Gagne, and Bollea created a juggernaut and made the first professional wrestler to truly enter every household. The Hulkster telling kids to eat their vegetables and take their vitamins was the epitome of pro wrestling in the 80’s and 90’s and it turned WWE into the juggernaut it is today. Even with all of the negatives weighing him down, I could not drop him any lower than number six. 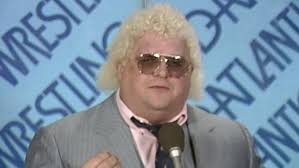 The Son of a Plumber, the Plymouth Son who became SO SWEET! The American Dream himself, Dusty Rhodes lands himself in the number five spot. Dusty Rhodes is easily my favorite wrestler of the 70’s and 80’s. His charisma was so contagious and the aura he exuded was nothing but unbridled passion that was translatable to any generation. Dusty Rhodes truly was a man of the people. To put it in his own words “My belly is just a little big, my heiny.” But my god he sure was a badass in the ring.

Dusty was the perfect foil to any snobbish heel and built the persona of a man who was truly “their guy.” I equate him a lot to Marvel superheroes. While DC superheroes are someone you look up to, Marvel heroes tend to be people you relate to. Dusty Rhodes was not some adonis and almighty champion. He looked like an every day man, he carried himself like the son of a plumber, and when he delievered his hard times promo, you knew that it was from the heart. 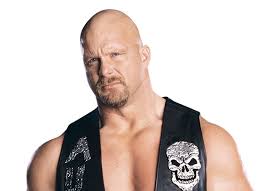 Stone Cold Steve Austin was only on the top of the mountain for three years. But those three years were some of the most important and memorable in all of wrestling. Stone Cold Steve Austin was the man at the height of the Attitude Era. His loud, beer swilling, cussing, hardcore brawling, down, and dirty son of a bitch attitude was exactly what the Attitude Era needed. His feud with Vince McMahon was the purest and most simplistic of storytelling, giving everyone in the world their fantasy of the working class hero walking up to the suit wearing boss and stomping their foot into their ass until they made pudding.

While Hulk Hogan and John Cena’s time at the top may have lasted longer, Stone Cold Steve Austin’s star burned the brightest. Tragically a neck injury caused by Owen Hart and knee problems would shorten his career, but that hasn’t stopped the love that the Texas Rattlesnake has received. Being the leader in, what is arguably, the most important era in pro wrestling puts him at number four. 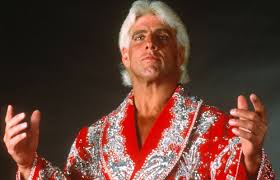 I fought. I fought between Dusty Rhodes, Stone Cold Steve Austin, and Ric Flair for days. All three of them flipped from 5 to 3 on so many occasions that even before I wrote this list I debated switching it again. But ultimately when the chips fell, Dusty Rhodes charisma and charm and Stone Cold Steve Austin’s run in the 90’s could not compete with the Nature Boy. There were achilles hills to both of them. For Dusty it was the fact that while he was popular, he never did carry a division in the same way that Ric Flair did. When it came to Austin, tragically his shortened career due to numerous injuries pushed him just below. But Ric Flair. Not only was he a sixteen time champion, he was the charismatic son of a bitch that everyone loved to hate and he revolutionized what it meant to be a heel and carried his career well into the 2000’s until it was symbolically ended at Wrestlemania by Shawn Michaels.

Ric was the man that everyone hated… But everyone secretly wanted to be. He was the high flying, jet flying, limousine riding son of a gun who got all the women. People detested the man, but everyone came out to see him get his ass kick. Flair would sale like a champ and then just barely inch out a victory. Flair made careers and made himself a living legend in the process. A true pioneer of the industry, Flair continue to be a major player in the world of professional wrestling, still transforming it today. 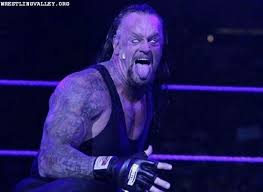 The Phenom, the Deadman, the UNDERTAKER has cultivated a persona and personality that has spanned decades. The WWE has taken Mark Callaway and turned him into a juggernaut. The funny thing is that he never was “the guy” in WWE, but he was always there. His streak at Wrestlemania is one of the most beloved treasures of professional wrestling. The time he spent in the squared circle, the leadership he cultivated, the persona he built, and the respect that he earned his gargantuan.

The man has gone through a great deal of personas and has somehow managed to continue wrestling well into his fifties, showing the level of fortitude needed to truly become a living legend. All things considered, he truly is one of the greatest and there is only one wrestler in the world who can top the Deadman. 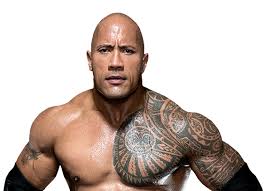 It is going to have its critics, there are going to be people who will throw a plethora of names out besides him… But in this writer’s opinion, there was no wrestler that was as great as The Great One! The number one wrestler of all time is Dewayne “The Rock” Johnson! While it can easily be said that The Rock is one of, if not the, most charismatic man in wrestling history, I would say that he is certainly the most well rounded. Only someone like the Rock can take a side slam and an elbow drop and make them into finishers with sheer force of theatrics. Only the Rock can get over an eyebrow. The Rock had the look, the charisma, the charm, the personality, the technical skill, and the ability to become a megastar.

He has since become the most successful pro wrestler turned actor in history and continues to jump between both worlds to show that he still has it and will never lose it. There are certainly a lot of top competitors, but nobody can topple The Great One!

Thank you for reading and please like and subscribe for more. Come back tomorrow for the next episode of Crit or Miss: Geist the Sin Eaters.