Man has it been a while! With me finishing my Master’s and working on Crit or Miss, I haven’t had a lot of time to see any movies of 2017. Luckily for me, this one dropped into my fucking lap from the internet. As you all will know, Brad Jones was something of an inspiration for me, as far as movie reviews are concerned, so I try to see as many of his movies as possible. I reviewed The Cinema Snob Movie a while back and now I get to watch the Christian exploitation spoof movie, Jesus, Bro! While this movie certainly isn’t one of the Ryan Mitchelle and by extension Brad Jones’ best, it is certainly still an excellent movie well worth the money spent.

Jesus, Bro! is the story of an angry YouTube celebrity and atheist Rick Whitehead (Dave Gobble). After a traumatic event in his childhood, Rick has evolved into the Rickhead who is a satire of the way contemporary christian movies portray atheists. After a drunken experience with some “holy beer” and his girlfriend Elizabeth Howard Grace (Allison Pregler) leaving him, Rick meets “Santa Christ” (Rob Walker) who convinces him to convert his followers to Christianity in order to get Elizabeth back. The movie focuses on Rick as he attempts to convert his stalwart atheist followers into Christians. END_OF_DOCUMENT_TOKEN_TO_BE_REPLACED

This article was originally posted on Project Derailed. 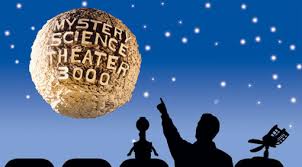 Mystery Science Theater 3000 has returned and I, for one, am the happiest son of a bitch on this planet! For some of our younger readers who might know of the awesome sauce that is MST3K, MST3K is the original riff show in which Joel Hodsgon/Mike Nelson and their robot friends on board the Satellite of Love would tear into terrible movies in some of the funniest 90 minutes of television each week. The series originally aired from 1988-1999 and would later spawn the internet sensation, Rifftrax. Well, after a Kickstarter campaign, MST3K received more than enough backers and has returned for our viewing pleasure! Joel and the Bots are well underway to creating twelve brand new episodes which will be released in the up and coming months!

I implore all fans of cinema out there, if you want to watch a piece of history then watch the new episodes of MST3K coming out in the next coming months. I recommend you check out all the information on their official webpage here.

Oh the woes of a good movie being released the same week as Mad Max: Fury Road, which is still one of the best damn movies I have ever seen. It took me and what I will assume to be many others months to finally see Pitch Perfect 2 due to its release date that may very well be the poster child for bad timing. But now that we are well past its release date and approaching the month of October, it is high time to look back at the sequel to the potential classic movie Pitch Perfect, Pitch Perfect 2.

I am going to start this review off by saying that there is certainly nothing wrong with this movie. It is rather good in just about every aspect. There were no major complaints on technical levels. But I will say that the movie was certainly safe. Like many popular sequels, Pitch Perfect 2 can be summed up with ‘a well told retracing of the previous movie.’ END_OF_DOCUMENT_TOKEN_TO_BE_REPLACED

So far in Devil’s Advocate Month, we have talked about an underrated superhero movie from the 90’s and a decent movie overshadowed by its predecessor. But now it is time for the fun to begin! Let’s talk about something that everyone tends to love and give a dissenting opinion… AKA shit all over it. So today, I am going to be the Devil’s Advocate for the popular television show, The Office. One of the most popular series through the mid 2000’s and early 2010’s, The Office has been the inspiration for a lot of humor in adults we see today. To say that is influential is a foregone conclusion. But whether or not the series is actually good… Well that is an argument that I am ready to make in the less popular direction. END_OF_DOCUMENT_TOKEN_TO_BE_REPLACED

Boy did this movie cause a stir. Oh yes, today we look at the movie that spurred some pretty intense hatred from the hermit nation-state in the east, The Interview. Hard to believe that a James Franco/Seth Rogen production could generate so much heat. But I suppose when a dictator like Kim Jong Un gets a hold of it and threatens serious retaliation if the video were to be shown, then that is enough to stir some kind of debate. This movie was the talk of sensational news outlets for weeks as each one of them took shots at Sony’s decision to pull the movie from theaters, which also lead to a cyber attack reportedly carried out by the North Korean government.

The Bald Eagle of America was waving that flag high and mighty in patriotism as the film was proudly shown to the world on YouTube, various other screenings these past couple of weeks, and I finally got to watch the movie. After giving it a watch, I have to say that North Korea raising such a stink about the film is most likely the best thing that could have ever happened to it. You can smell the irony as the film’s bland comedy wafts through the air and was sure to be nothing more than another dime a dozen comedy if it wasn’t for the dictators actions which lead to the movie being heralded as the patriotic film of the year. This is quite a feat considering American Sniper is still being shown in theaters.

Don’t get me wrong, I’m up for some good old patriotism as much as the next guy, but after watching the film I was not satisfied from a movie that brought only a few laughs and enough of a plot to make me say… Eh it is on par with Balls of Fury and Police Academy 4: Citizens on Patrol.  END_OF_DOCUMENT_TOKEN_TO_BE_REPLACED 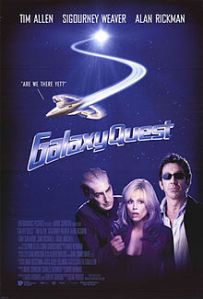 Oh boy isn’t this one hell of a wild ride. Coming from a guy that loves all things nerdy, one of which being the franchise Star Trek… To see something like Galaxy Quest is truly something spectacular to behold. Parodies are a funny thing. You can have shit spewing garbage that is the Scary Movie franchise which culminates into a lot of low brow comedy of people who have no love or care for the works that they are spoofing… Of you have the correct way to make a parody. A good parody is a movie that pokes fun at the source material, but does so in a way that glorifies it. Movies like Galaxy Quest is a cheeky and fun way to look at shows like Star Trek and poke fun at the characters (IE William Shatner) that are created from working with the franchise as well as the tropes that made the franchise famous to begin with.  END_OF_DOCUMENT_TOKEN_TO_BE_REPLACED 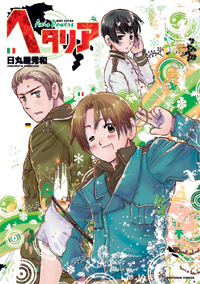 While this site is dedicated to the realms of film and video game criticism, my collegiate pursuits do lie elsewhere. After all, I do have a Bachelor’s Degree in International Studies and plan to obtain my Master’s within the next two years in Political Science. So naturally, I am a bit of a buff when it comes to the realms of history and international politics. That being said, it is hard to find a show that ties all of my passions and professional pursuits in one pretty package the way that Hetalia: Axis Powers does. A satirical anime that turned the all the countries of the world into a singular walking caricature of a character and then walked through major world struggles and complex geopolitical issues as if it were a laugh out lout sitcom. This is certainly a series that would appeal to someone such as myself. END_OF_DOCUMENT_TOKEN_TO_BE_REPLACED 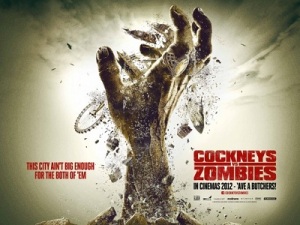 Oh the things that you happen upon on Netflix. I stumbled across this gem last night while surfing through the endless list of movies found on Netflix instant stream. I gave it a watch… And oh my… Where has Cockneys vs. Zombies been all my life? Not since Shaun of the Dead have I seen a zombie movie that I can watch over and over again and still feel the sweet zombie killing satisfaction. Is it a coincidence that they are both British movies? Probably; Either that or the UK knows its zombie movies, but I digress. Cockneys vs. Zombies is one of the best popcorn movies I have seen in recent history. END_OF_DOCUMENT_TOKEN_TO_BE_REPLACED 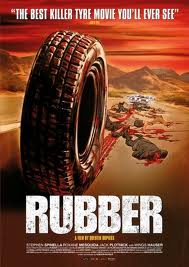 We have us a request on our hands!… And boy I do not know what to do with it. I mean what can you really say about a movie like Rubber? It is a french film, a horror movie, and a quasi sort of self parody… That is really all I got. Movies like Rubber are pretty hard to critique for any critic mainly because the intention of the film is typically what is being critiqued about other films, the lack of reason. There is nothing in existence that is ‘critic proof’, everything on this planet can be critiqued. It is just a matter that films like Rubber cannot be critiqued by the usual methods that many people grow accustomed to.

END_OF_DOCUMENT_TOKEN_TO_BE_REPLACED 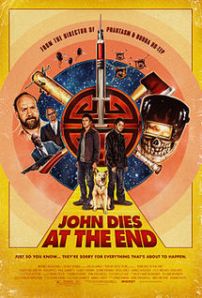 Well wasn’t this a surprise… I wasn’t able to see John Dies at the End when it came out earlier this year and was able to just recently check it out on Netflix. Going into this, I was ready for the absolute worst. The cover photo had all the pictures of your standard ‘two dude friends beat up shit with blunt objects’. Pretty much just a lesser version of Tucker & Dale vs. Evil or a horror version of Dude! Where’s My Car? Boy, was I wrong. This may not be one of the best movies that I have seen this year, but it is definitely one of the best horror/comedy films that I have seen in quite some time.