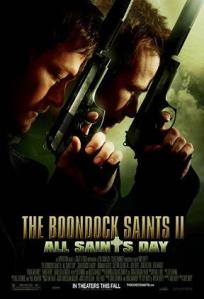 So after giving a good review of the Boondock Saints, it stands to reason that I should also look at the cult classic’s successor Boondock Saints 2: All Saints Day. Seeing as how I loved the first film so much, the question is how much do I like the second one? Well… Not so much… Actually I really don’t like it at all. Whenever I watch this movie, I cannot help but get the feeling that this is what the critics felt whenever they saw the first film and gave it its poor scores. But I think for a movie like Boondock Saints 2: All Saints Day the film is doomed from the start to be a failure. So why is that? Well before we get into the movie itself I want to talk about two other parts of the filming world that attributed it to being the failure that it became. Those are the realms of ‘sequels’ and ‘cult classics’. END_OF_DOCUMENT_TOKEN_TO_BE_REPLACED