SPOILER ALERT: This is a review of Wrestlemania 33. This means that the results of which will be listed in the post. If you have not seen Wrestlemania 33 yet, PLEASE, go watch it before you read this. Now that I have said this, I am conscious free.

It is that time of year again! Wrestlemania has come and gone and it is time to look back at the night and see how it compares to years prior! This is a review of Wrestlemania 33. I will review each match, scaling them on a scale of 1-5. With that said, let’s start with the pre show 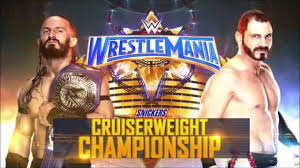 So we continue this little special with the teams. Tag Team wrestling is some of my favorite wrestling. It means that you get to see cool tandems with great gimmicks who can feed off of each other’s energy. WWE has tragically never been a land of Tag Teams. Now that isn’t to say that they have made some great Tag Teams in their years. I can think of Demolition, The Rockers the New Age Outlaws, Edge & Christian, MNM, The Hardy Boyz, just to name a few. But it has always been historical that back in the days of the territory that southern promotions put an emphasis on Tag Team wrestling while northern wrestling (McMahon territory wrestling) focused much more on singles competition. Due to the fact that Vinnie Mac was the one who lead the charge to eliminate the territories and as such Tag Teams always takes the back seat. It is because of this that, with the exception of the ‘top tag team’, the division is treated much like an after thought. If you are a fan of Tag Team wrestling and are tired of watching the same wrestlers squaring off day after day with WWE, fear not because the International wrestling scene has plenty of wrestlers for you to enjoy. These are the international tag teams who are too good to ever be ruined by the WWE machine! END_OF_DOCUMENT_TOKEN_TO_BE_REPLACED 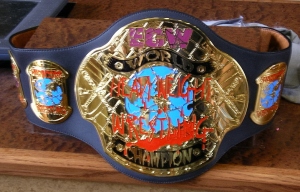 The special continues with a title belt with an interesting history; The ECW World Championship. What started out as the top belt in Extreme Championship Wrestling (formerly Eastern Championship Wrestling) was resurrected when Vince McMahon and the WWE attempted to cash in on the ECW Brand at their disposal by having their own ECW event. What started out as an honest effort to resurrect the brand quickly failed to capture the hype of the original and after the December to Dismember fiasco, was soon turned into the precursor to WWE’s NXT. The premise being several young up and comers competing with a handful of seasoned veterans until they were ready to be shuffled on to Raw or SmackDown. Out of the ECW’s titles, the World title was the only one to be revived by the ECW branding.

While considered on par with titles such as the World Heavyweight and WWE Championship, the ECW World Championship did not have the emphasis that it once did and only a small handful of the WWE’s ECW champions held the title when it was still ECW only property. But that does not mean that the title didn’t have its fair share of stars and duds to hold the strap, which is what we are looking at today.

KEEP IN MIND (DISCLAIMER) This ECW Championship list is to commemorate WWE ONLY ECW champions. So you will not be seeing Shane Douglas, Sabu, Sandman, and so forth on this list. That is a list for another day. Plus, as always if you disagree with this list which is my own personal opinion, then please leave a comment and we can discuss. END_OF_DOCUMENT_TOKEN_TO_BE_REPLACED