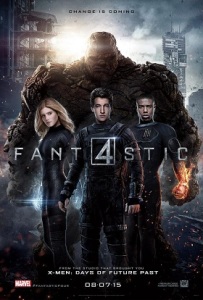 So… Today I went to the superhero film that everyone thought was going to be bad… And it was. At least some things remain consistent. It is no secret that August is a desolate waste land when it comes to movies. Like the barren ‘Post Oscar Season’ that is January, August is that month where the Summer Blockbusters that were not going to be any good go to die. One of the main reasons that I am reserving judgment on The Suicide Squad, but that is a story for this time next year. Back to the topic at hand. I knew, going into The Fantastic Four that it was going to be bad, I think everyone knew that this movie was going to be bad, it had all the warning signs of a poorly created Hollywood reboot and retooling. It featured dark tones, seemed needlessly realistic, and was just an all around poor film. I can tear this piece of shit apart for days… And I think I shall. Let’s tear into the terribly grim movie that is The Fantastic Four. END_OF_DOCUMENT_TOKEN_TO_BE_REPLACED