After I started playing Overwatch, the Project Derailed Crew and I recorded a NTSOE podcast to discuss it in greater detail. I thought I would also share it on here for your auditory pleasure. 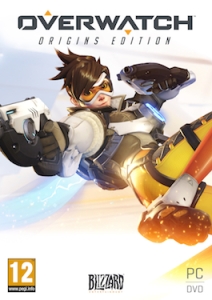 So it is finals week and as such, I am fucking busy most of the hours of my life. As such keeping up with the post was incredibly difficult. But I think I am finally back on some kind of decent track and as such, I am going to talk about what might easily be one of the best games I have played in recent years. When Overwatch first came out, I didn’t initially get into the hype as I don’t tend to with most things. Pragmatism has its pros and cons just as everything. But after my girlfriend Kitty, being the awesome person that she is, got me the game, I have been hooked for the past couple of weeks. This thing is fucking awesome and easily a true ray of sunlight in an otherwise bleak year of 2016 in video gaming and otherwise.

Overwatch’s story is less told in the game and more told in short videos as well as comics posted about the game. The game itself is just an arena based first person shooter. The story of Overwatch is a story that is set in the near future. After the creation of sentient AI Omnics, robots do what robots inevitably do and turn on humanity creating the Omnic crisis. A group of soldiers from around the world were put together to form the Overwatch Organization meant to fight the Omnic threat. Soon Omnics and humans began to coexist but Overwatch was disbanded and made illegal for a number of different reasons. The game itself takes place after the assassination of a prolific Omnic who was promoting peace among people. That is how our story begins. END_OF_DOCUMENT_TOKEN_TO_BE_REPLACED